Sitting in the barn loft watching new Tennessee mules eating with the bull elk that came in early. That winter a big bull came out of the park from either Canyon or Norris that was named Solomon. He had a radio collar on. His horns were as massive as any I’d ever seen. So thick around the base it looked fake. But both were broke off at the fourth time, a testament to the poor growth those summers in Yellowstone. He stayed three days and turned around and left.

I’ve always thought that radio collars affect the animals that wear them. The spike they radio collared in the breaks and he went to Missouri. Many times radio collared deer from the Gardiner area did the same with wild erratic migrations. One to West Yellowstone airport and back in the summer. My thoughts.

Most of these elk lived that winter. The mules were pretty dang interested in the elk, elk not so much interest in mules! 🙂 They were hungry. So much of Yellowstone burned in 1988! There was one big old stag with no testicles. His big six by six horns were still in velvet.

At one time our home was next to the largest migration of elk in North America. Only a half mile away you could walk out and see 2500 elk and it was common. We got to see and hear the best wild things that nature had to offer. There is no place like our little homestead next to Yellowstone and the Absaroka wilderness. Nope I’m not getting homesick but telling the truth. Hope you enjoyed this . 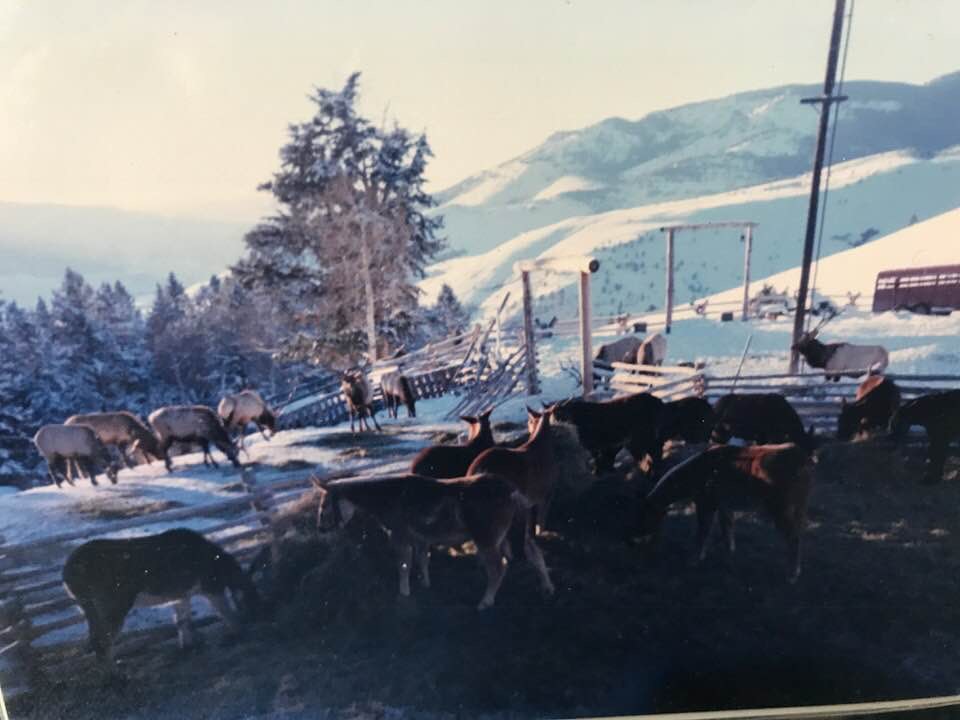