This is my old saddle horse Spyder! This was Thanksgiving day about three years ago.

I have spent a good portion of my life riding in -30 below zero. We used to have these late season hunts in January and February. Many days it was that cold and the wind was unbearable but we did it as that was cash money. One weekend I had 102 cow elk hunters and hired every guide and borrowed every horse I could. But it was a balmy -10 or so.

The winter of 1988-89 was the coldest in my lifetime in Jardine. For two weeks it dropped to -60 below at night and warmed up to -45 during the day. I never turned my vehicle off. The elk were suffering due to much of their winter range was burned off. I saw hundreds die around the house. They’d be alive in the morning and dead by sunset. I couldn’t tell you how many I drug in for Sue to save that she saw. I had a big sled I’d throw them on and pull into the barn on old Strip or Haystack. Two big black half draught horses. All of them died. Once they reach that point you cannot save them.

We never had much money but 88 bull elk fed off our Haystack that winter. I bought a load of oat straw and fed them a roll a night down the driveway. It had lots of oats in it and you could listen to the horns and hooves crunching and clanking all night. I’d read about the 1800s cowboys plowing out places for cattle to eat when the winter was bad. So a friend and I would drag four railroad ties that we spiked together in a V. We used my Clydesdale team Tom and Jerry to pull it around the place. I don’t know if it helped much but we did uncover some snow for the elk and deer to get at the grass.

Every spring back then we would ride Palmer creek and drag the winter killed elk, deer, moose out. This way it wouldn’t contaminate the water. Well that spring we hauled 50 or so out in a two mile stretch.

This cold spell sweeping the country made me think of that winter. I know the kids never missed any school.

The worst day was when our horses on winter pasture got caught out in the open and wouldn’t face the wind to get down into the cottonwoods on the Yellowstone River! We lost two there. So we loaded up some hay in a truck drove out to them and we’d take turns sitting in the back of the truck scattering a few flakes of hay at a time. This way they got in single file or pairs and started following old Lady Buck our best bell mare ever! We caught her and was leading her. The 60 or so finally followed us. It may of been 100 below with the wind, I don’t know. We got them down where there was shelter, left the hay in bales to keep it from blowing and they put their butts to the wind and all was well. But it was a hard time.

That was the hardest coldest winter in Jardine in my lifetime. More snow at times but never ever any colder. You could hear the trees popping behind the barn. 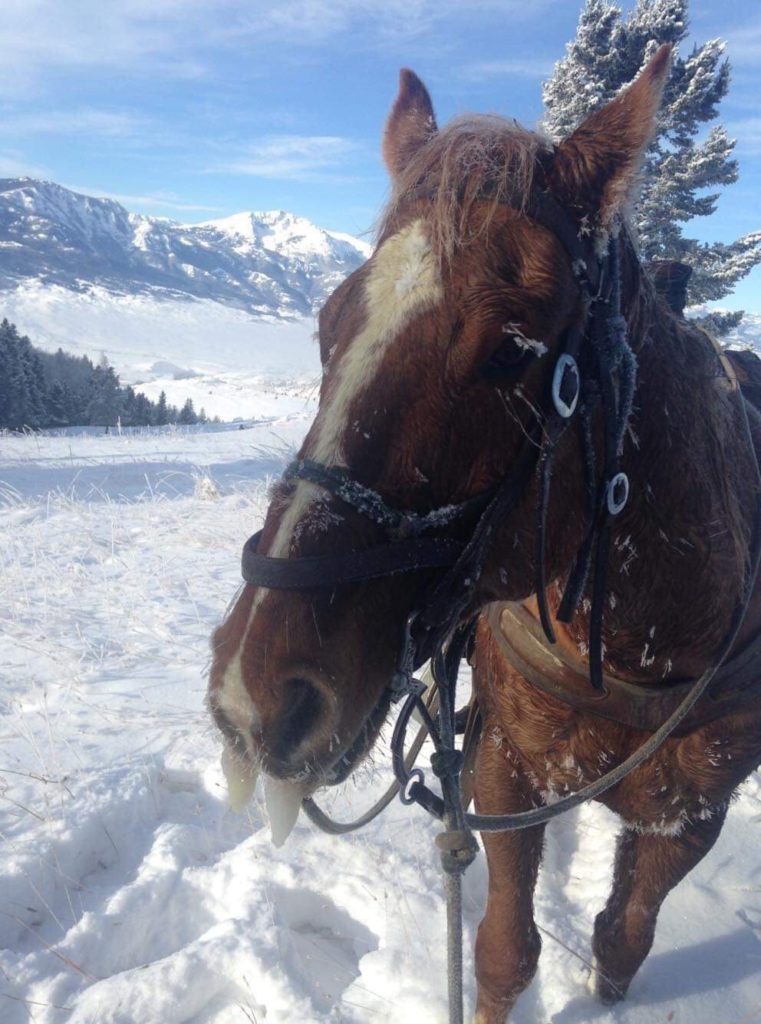