Warren and Susan both worked in Warren’s family hunting camp when they became engaged in 1979. In 1981 they bought their own camp in upper Hellroaring. They have two children, Jeremiah and Aimee, who have always played a big part in the business. Their help and enthusiasm has always been appreciated by their parents and guests.

Their ranch and lodge is located about 1/2 mile from Yellowstone Park above Jardine, Montana, surrounded by National Forest.

Warren has made sure he has the best string of horses for his guests to ride. His mules are top quality from Reese Bros. in Tennessee.

The staff of guides, wranglers and cook are in a class of their own. The guest and getting them their game is of uppermost concern. You will find that no one in the outfit is less than the best.

Warren’s father, Vern Johnson, moved to Jardine, Montana in 1932. He started outfitting that year in the Jardine/Crevasse area, and also had backcountry camps in Hellroaring and Buffalo. Vern ran trap lines from Jardine to Hellroaring, and would often go 20 miles or more in a day. He would never miss a dance, and thought nothing of snow shoeing out 20 miles, to ride his horse to town, and dance all night! He was tough and he knew how to enjoy life!

Hunting was different then, and not nearly as comfortable as it is today. You might have gone out for 2 or 3 weeks, with only your guide to cook some wild game and potatoes. Many times Vern and his hunters would travel to wherever the game was plentiful,with nothing more than a tarp to sleep under, and some jerky or beans to get them through.

Vern’s favorite game to hunt was the grizzly and there were plenty to hunt. One night, a hunter wanted to shoot a grizzly that had been coming into camp, so unbeknownst to Vern he tied an elk quarter to his leg. When the grizzly pulled on it, his plan was to wake up and shoot it. You can imagine what really happened! Luckily the hunter lived!

Hunting was wooly in those days, and that is the environment that Warren grew up in. His father outfitted until he was 83 and Warren learned and lived with a self made man that knew every nuance of the woods. Warren loved the life and hunting, and his up-bringing, attention to detail and outgoing personality is what makes him the best outfitter in the business! 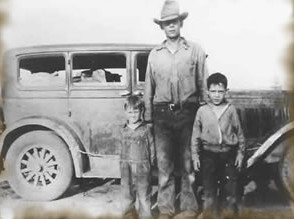 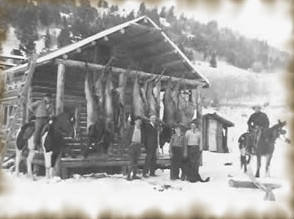 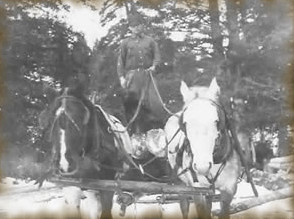 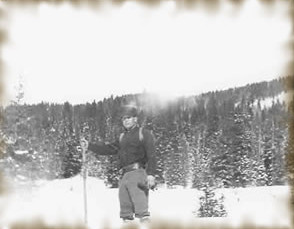