This is a picture of me , my son Jeremiah and Bill the roan Chip the blonde Belgian . Jeremiah was 5 going on 6 . Here we are cleaning the corral with a slip or Fresno depends on where your from . Sue called it a widow maker when she was running it and it caught on a rock and hit her jaw! Both the colt and Jeremiah was learning that day . We worked hard building this place and business . We both believed in the children working and playing . I am proud of the work ethic that was passed onto our children . At that age he knew how to ride good  , he carried a pocket knife and knew how to use it properly . He could build a fire by himself . I tried to give them a better childhood than I had , not that mine was bad , but you always want better for your children . But the very best thing was teaching them to be survivors . It was different for us growing up . We were thrown to the wolves at half grown . It’s the way it was . If we wanted a ” safe place” we had to climb tree or shoot whatever wild animal was after us . The blonde was one of a team . They were three year olds ! I saw Tom Venable one day . He was looking for a Belgian team . He ran the horse concessions in Yellowstone Park . I said I had one . I described them and he said I’ll give you 3000$for them if they’re broke . I said I’ll deliver them in ten days . They were halter broke and that was all ! So I asked Scott Sallee to help me catch them off pasture in Big Timber. We got over there and saddled up to drive them into a makeshift sheep corral . Well we got one in and I got him roped. He bucked and bellered around until he scared the other one out into the pasture . Scott took after him hell bent for leather. Scott’s Dad worked for the railroad and was coming by at that time and recognized Scott just as Scott threw the prettiest loop around that big draught colt . I can remember his Dad blowing the horn on the railroad ! It was one of the coolest things. I saw Scott forefoot an OTO colt one time . But that’s another story. Well I got those colts home and went to training on them cause we needed every dime . Times were good but money was tight. We had just gotten out of a 22 percent interest loan . I played with those colts and picked up their feet and put shoes on them first . I’m a firm believer that if you shoe a colt and get him to give his feet to you before you ride or drive him you’ve gained so much respect . Plus they don’t get sore footed and dread seeing you come in the morning . I haven’t always done this but believe it works wonders. Well Tom came and picked up Chip and Dale and they owned them and used them hard till they were 23 year olds . They said they had the lightest mouths ! I was out there one time and ran my finger inside on the jaw line and no calluses ! Great times great memories ! Old Bill the work horse helped me start a lot of colts . Hope you enjoyed it . 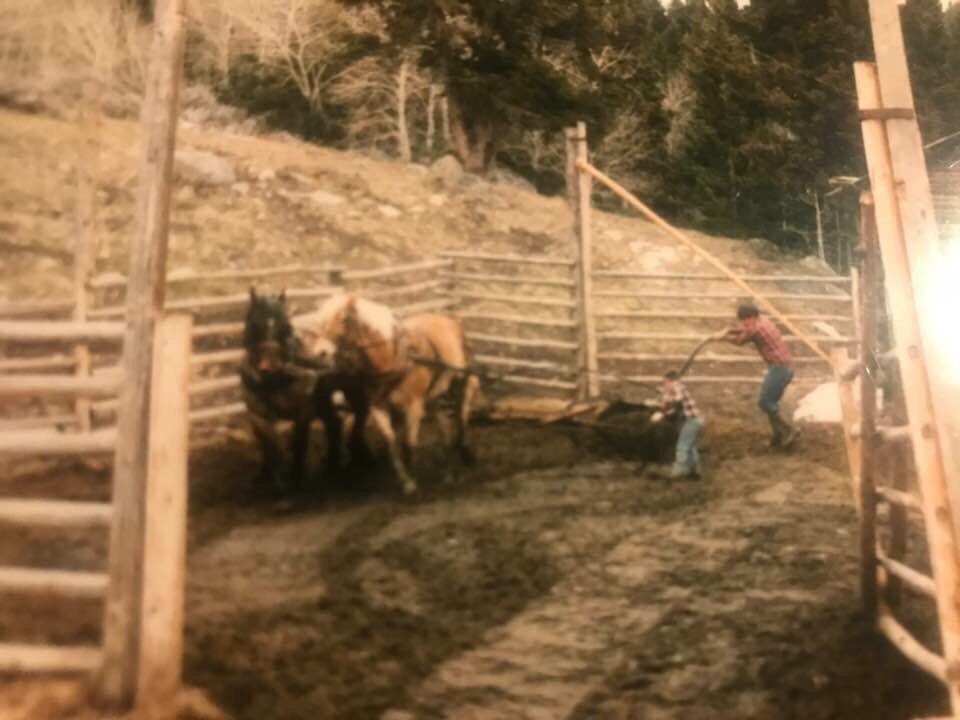