This is a picture of myself and my very best friend Jim Duffy . I was messing with him over his hat and told him that it was from sleeping on his side . That’s why the sides were curled up , so I curled mine for the photo . This was taken 14 months before he died . He had terminal cancer . He knew it was bad here but he fought it tooth and nail .  When the American doctors gave up he flew to the Bahamas and tried a different remedy . He gave himself dozens of shots in the stomach every day . He was a tough man . But had the most generous heart of anyone . He never acquired much because he gave it away . His proudest accomplishment was his three children . I was close or near when all three were born . I took his oldest daughter Sara on many rides . He was older than me and helped me so much as a teen . I kind of wandered a lot and he and his wife Terri fed me many meals . I always had 6 to 10 colts I’d be riding and he would help me . I worked for him some building houses , his trade, but his love was hunting fishing trapping horses kids . We trapped many beaver together on the Yellowstone a few coyotes and pine marten . We were young and tough and raised some hell for sure . I’ve never been around anyone with more of a quick wit and sense of humor . He used to say watch trading horses with Warren ” he’ll pull out that ol dumb country boy act” yeah he’s dumb like a fox . 🙂There are so many stories to tell about him and me but most I’ll die with . I think one story I’ll put down here .  He had about a year to live and wanted to go to the Blue Goose bar . So I told Sue about our plans and she said watch Jim . We were in there with me Jim and my brother Clarence . Jim is wearing Oxygen and carrying his tank . The Blue Goose could be rough in those days . I can recall one time a close relative shot the eye out of a mounted elk just as a local was bringing her relatives and friends in to see a little local color . Well that night a guy with a problem and too much whiskey started pushing Jim . Jim takes off his O2 and lays into him . Well his air gives out pretty quick but mine didn’t . I got Jim out of there and we headed up the hill and he was mad cause I interfered . We had one last good argument . That was his last hurrah at going out on the town . I got the call a year later and drove as fast as I could to Billings and shook his hand for the last time . He wasn’t the best cowboy , but no matter what if you needed him he was there. Rain or shine he was your friend and if he had something to say to you he said it to you not at the coffee shop . He’s been on my mind for a few days , wishing I could give him a homesite in Jardine. 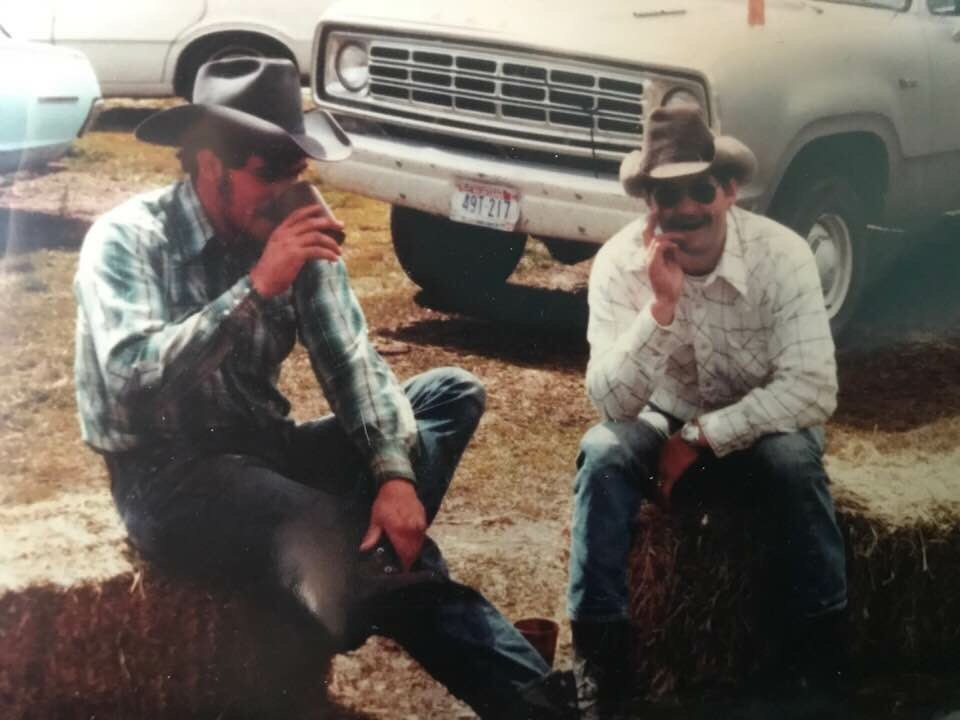