The summer of 1981 Sue & I had no place to live and was bouncing around from place to place! So we decided to spend it in the mountains . What a great memory making decision ! Jeremiah was not quite one year old and he thrived back there! Seeing his first bear at Rocky Ford, playing with frogs, watching me pull in fish. Experiencing all the things that nature can throw at you.

I was riding a few of Nelson Starkweathers colts. Living from day to day is a wonderful way to plan a life and know and appreciate what you have ! There was a tendency back them to get back to nature and the mountains were full of modern day mountain men ! Sadly most of them are in a completely different world now . It always irked me to here someone say , when are you going to get a real job!

What I was and am doing is a real job ! We have no regrets about those times and in fact I reminisce many days about our summer in Hellroaring!!!

It was a neat little cabin in the upper Hellroaring meadows where Silver creek joins Hellroaring! It was open to the public and everyone kept it up . Hundreds of old names on it ! An historical landmark .

Sadly during the summer of the 88 fires it burned .

I was carrying a government issued Radio and can still hear the district rangers voice as he said over the air ” Let it burn to the ground” ! Then a firefighter came on and said we can easily defend it. I said let it burn ! So a huge part of our local history and heritage went up in flames! As the summer came to a close We ventured out to civilization and Sue was going to finish getting her teaching degree at Bozeman!

Sue, Jeremiah and I were walking down the street in Livingston and it had just rained! There was a Puddle of water in the street and Jeremiah dropped down on his belly to take a drink , just like he’d learned to do in the mountains! It was comical to see the look on peoples faces Sue and I grabbed him and pulled him away! It took awhile to adjust to city life! 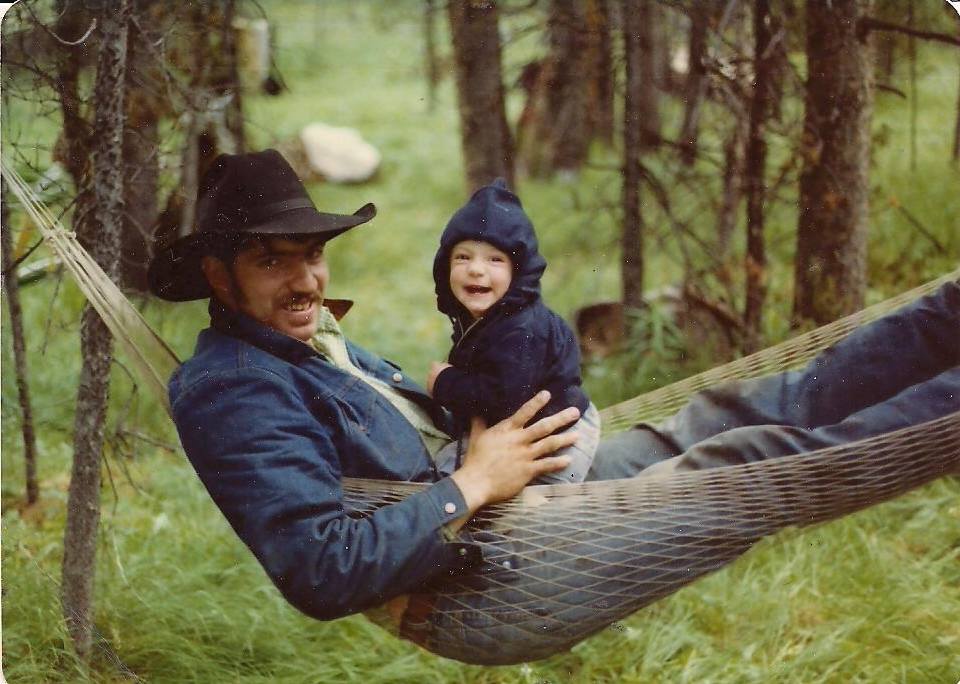