I don’t have enough time or space to say how much I love my two children! To say they are top hands doesn’t begin to describe them or their abilities .. Cowboy and Cowgirl through and through! They were raised when I never had enough help and we were struggling to just get by! I always made time for them when they were little and it was so rewarding because they were just good kids! Jeremiah spent his second summer living in the mountains with me and Sue! He never cried or fussed but became like a wild animal!

One day we caught him eating all of the ketchup , the only sweets he had. We were living in the mountains because we had no place to go ! When we finally ventured out to the big city we were walking down the street and turned around and Jeremiah was drinking out of a mud puddle laying on his belly !! Just like I taught him to do in Hellroaring! Oh the grizzlies and elk and moose we saw in our camps ! It was rough tough and dangerous , just the way I loved it ! Sue asked me one time can we do something today that is non life threatening ? A lady friend from Germany , Barbara Siller , told me you are not normal! No I may not be but between Sue and I we raised two of the finest kids to ever grace a home!

Aimee was born two years later with many health problems! I got to Billings just as she was born and saw her and knew something was wrong ! They then said were losing the Mother ! I rushed in and grabbed her hand told Sue you cannot leave me your daughter and son need you ! Her eyes opened and she started coming around ! Being a great Mom was always her top priority and it showed then ! The doctors told us Aimee would live to be 25 years old ! I told Sue we shall prove them wrong ! We put her on a horse at

2 years old and had saddle bags built for her oxygen tanks and we wouldn’t see her and Jeremiah or there friends until they got hungry! We never

Had a tv . They played outside. We never let her think that anything was wrong. Today she manages my 200 plus guest horses and 30 mules! I was showing a friend my mules and horses today and I to was amazed at

How good they looked after a six moth season ! Thanks Aimee! Job well done.

Jeremiah is the horseshoer and My number one man in the barn camp etc.. Nobody ever doubts who is in charge when he’s there! He’s quiet , does not waste words , but when he talks all listens ! I am proud to introduce him ! Always!! Thanks to two of the best ! Aimee writes books and has worked on many movies as wrangler, and extra.

Thanks for coming back during the season to help out !! Jeremiah has his own life and Lives On the ranch! Thanks For all you do to make me look good ! I love you both and have never been more proud than when I look at your lives as you grew up ! You are my greatest accomplishment in life!

With all my love and respect, 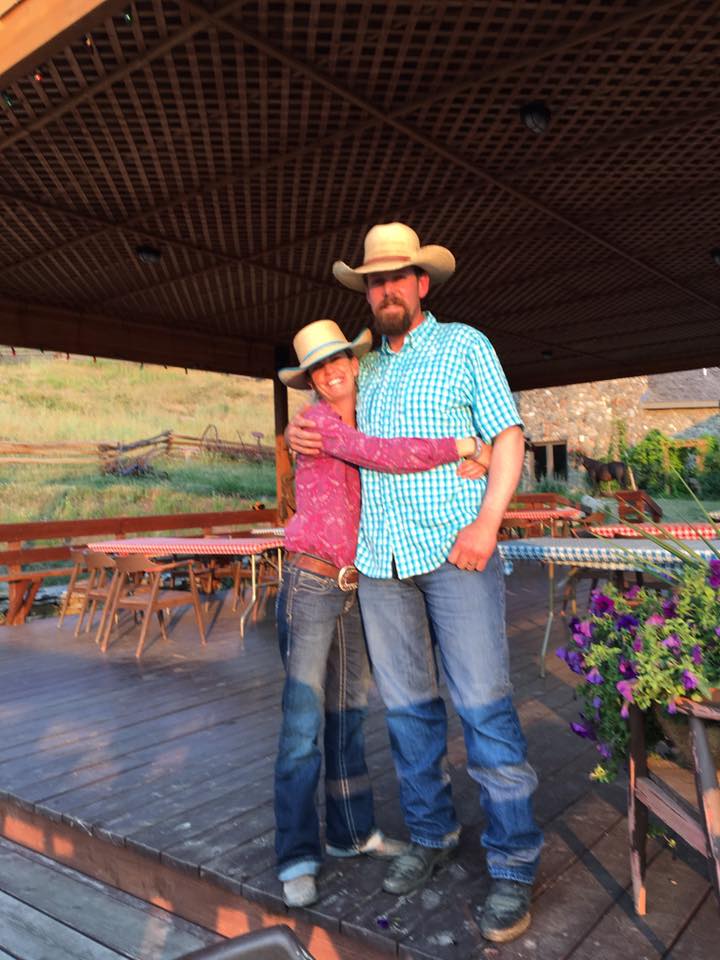