Moon rises over Hell’s A’ Roarin’

The moon rises over Hell’s A’ Roarin’ Outfitters! The day was long but fruitful’! I have paid my respects to the elk we’ve hunted today !! The horses and mules are

all munching their all they can eat hay! Some are telling their own , end of the day stories, for instance old Sagehen nudges Hightide and says damn you should of seen me drag ol’ Mark Myers off the hourglass hillside when a limb took him off the saddle! The other horses nickered to themselves. Then Jake the Snake says Warren and I drug an elk out of bear creek a hell a whooping and when we got to the top I couldn’t help but hit a parked dodge with my shoulder ! Ha ha a little revenge! Old seasoned warrior Josh says well kids that ain’t nothing I slid 100 plus yards off Oregon mountain! Would of killed most horses. They all bickered in awe! !!! As the grey hairs on his head demanded respect! The guides all nestled in their beds telling their hunting stories ! First liar doesn’t have a chance ! But they all wonder how can we be like The Big Bull! The cooks are whispering about who is cute and who smiled at them ! The dogs are all happy as the petting is endless! Yes I notice all as night descends on Hell’s A’ Roarin’ Outfitters ! What a place ! Goodnight all! 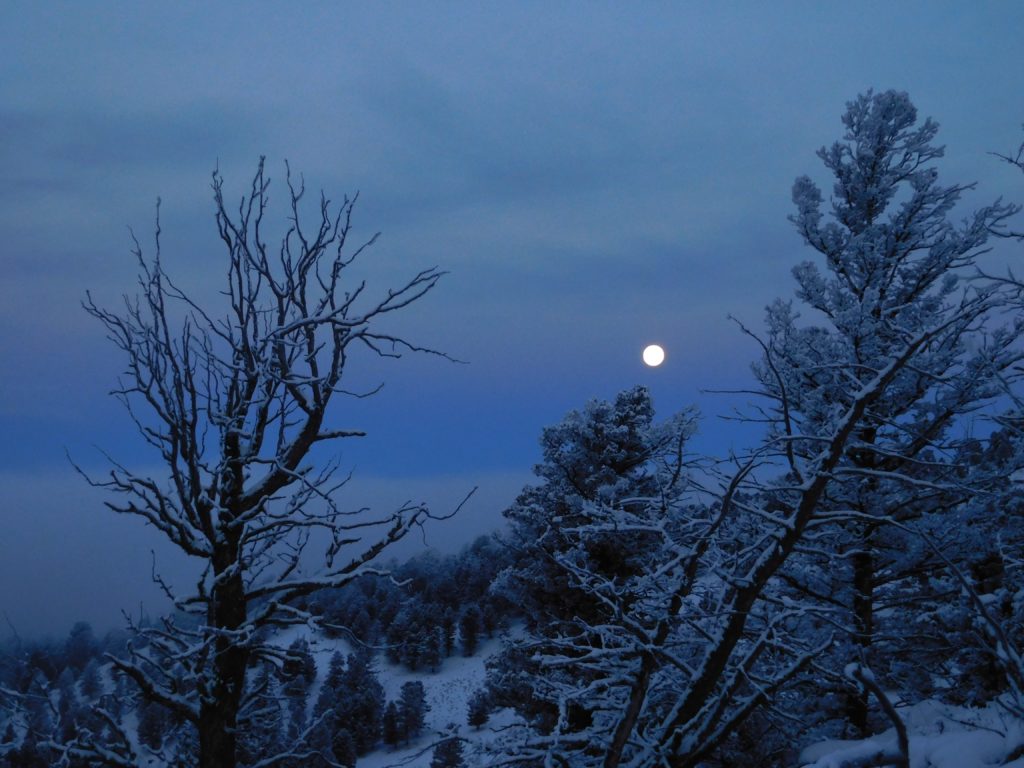