Here is the start to Hellsaroarin roarin Outfitters . We lived in this one room log cabin with two children for five years . It was as good a life as young people could want starting out . Our water line came from a gravity flow from Palmer creek . There was an old reservoir where it came from . About 600 feet. It was an old metal pipe line that wasn’t buried deep enough . Most of the time in January it would freeze . For the first few years Sue would get water with her yellow Volkswagen out of Northfork of bear creek , when this happened . Then I discovered with my friend Jim Duffy that If we ran a wire over ground to the pipe at the reservoir then hook it to the sink in the kitchen and then hook to a welder turn the welder on it would soon unthaw the pipe . No more cream cans with water ! I always had a porch full of firewood . I had heard that during the Great Depression a banker would look more favorable on a person if he had a big woodpile ! I always have !! It was small but it was the very best times . Gary Duffy had remodeled it in the 70s and it was rustic but nice . There were holes in the floor from bullets where someone shot some errant chickens . It was full of character . I never patched the holes as they made a great story for the kids. In 1992 we took it apart to fix it up and replace some rotten logs . Only one log was sound . So we built a new one . I wish now looking back we could of saved it ! 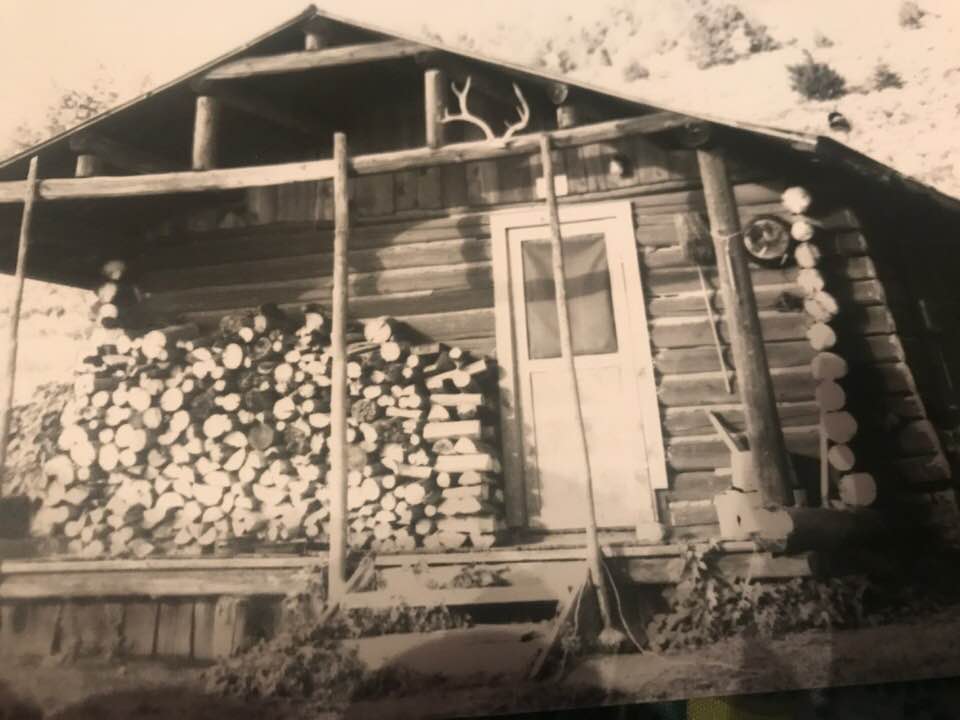