LIFE IN THE WILDERNESS

I was 27 years old and living out my dream in the Montana wilderness . This picture here is of Bill Anderson an Orthopedic surgeon from CA! A hell of a hunter , tough , savvy , ethics , could ride , could shoot , used his meat and lived off it all year . Appreciated the gift of coming into the wild. Could gallop stop pull his rifle out jump off and shoot . Loved his horse always petted him at the end the day and thanked him ‘! We left camp at 4 am and were on top watching my favorite sunrise on Pilot and Index peak sitting next to Hummingbird peak . As the sun rose I, Scott Sallee my brother in law to be if he saw the grizzly with two cubs in Telephone basin ! Named for the old one wire the Forest Service used between each drainage for communication . He nodded and said there was two young bulls fighting and bugling below us . We spotted a large bull on Roundhead Butte! We decided to go for him . We long trotted across Telephone and as we got to where we could look down into buffalo we saw a big bull elk sleeping on a knoll . We took Scotts hunter after him and snuck up to thirty yards . All we could see were horns so Scott cow called and he jumped up running . One shot and he wedged into two trees . It required us to chop one tree down . We cleaned him and prepared him to leave for the night . We never worried about Grizzlies then as they were still wild from the hunting season in the seventies . Most of the problem bears were shot and killed by the different government agencies after they closed the dumps in Yellowstone Park !We glassed and didn’t see the other bull on Roundhead but as it was only noon we headed out .As we were almost halfway up to lookout we jumped him and Bill jumped off handed me his reins and two shots later he was taken . I taught Bill how to jump off and pull your rifle with you! There were no gimmicks with him , mobile and dressed like we did , wool ! This particular elk and photo meant a lot to me as it was the 300 the bull elk I guided a hunter to personally , I never saw a season before or since when so many bulls move up into hellroaring and buffalo creek drainages ! To kill 300 is a lot but we also had 11 years of late hunts where almost every tag given was either sex in the first few years ! I had been guiding legally for ten years ! But started for my Dad when I was 14 . You need to be 18 to be licensed ! I never complained when someone beat me somewhere, I just got up earlier the next day. As in being a teacher, bronc rider, welder , etc.. I wanted to be the best hunter horseman packer ! Whether I did it I’ll leave that to history and my records of how many elk I got . Still doing it ! I’m still learning. But I’m just as proud of all I give back to nature and wildlife and my community ! My Dad was older when I was growing up but one thing he taught me ! Most people like to make exscuses , don’t you and when it was real cold and windy and I was 8 years old he looked at me and said ” too tough for everybody else just right for us ” ! He told my older brother Earl that 45 years earlier . Hope you enjoyed this ! 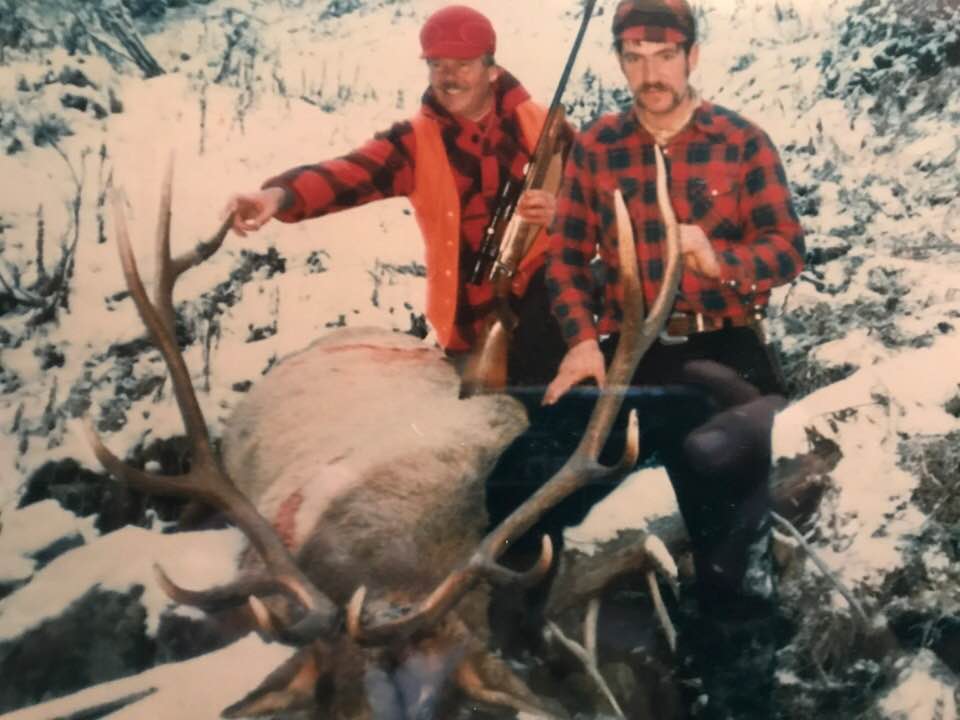