This is an old picture that I saw lying in a box . The lady was one of our guests from South Carolina . The old homely mare was named ” lady” . It was in August many years ago I was shoeing horses in the barn when I heard ” hello hello hello” ! I looked up and there was my cousin standing there in his traditional wool coat and the temperature was well into the 90s! He was leading an old 15 hand mare that was potbellied from too many colts . She had a big old ugly head . Ring worm . No shoes and long feet . And maybe 150 pounds under weight . Nondescript solid brown . I said nice horse. He said I need to sell her as I have a poker game in Livingston and I need some more money to enter. I said I’ll give you what I have in my pocket . Anyone who has known me knows I never carry a wallet and stuff the money in my front pocket . I’ve found money in pants that had been washed four times . I’ve never carried a watch or worn one . When I was hungry I ate and when it was dark I went to the house! So I reached in my pocket and pulled out some crumpled up bills . I counted it and there was $87!  He grabbed it handed me the halter rope and left! I trimmed her feet , wormed her and turned her loose in the pasture . Forgot about her until I needed a saddle horse to wrangle so I caught her and saddled her up . Damn she rode off nice and reined ok . When I found the horses I was looking for I found out how well she could run and handle herself . She was lucky as I forgot to send her on a load of horses to the sale . So I shod her and put her to work .She kept up did her work and never fought other horses. While in camp one day we noticed her belly having the look of being bred .So we quit using her and led her out of camp . She had a little brown stud colt in the spring . Lighting turned into a fine little gelding . My nephew Brent Ryder was going to make him into a heel horse but unfortunately he broke a leg and it never healed to where he was sound. I won over 1000$ in bets racing Lady. Boy she could run . She was loved by all the guests who rode her. One fall when I was still leasing horses I leased her to a guy from MI . He fell in love with her and I sold her for $3500 . With the condition I keep her and he used her twice a year . He used her twice total ! She was on our place for 17 years and she got with a wrong yearling stud and nether her or the colt she was having lived through it . Never judge a book by its cover. It taught me to always give a horse or mule a chance . You never know . This homely built little mare had a heart the size of a lion 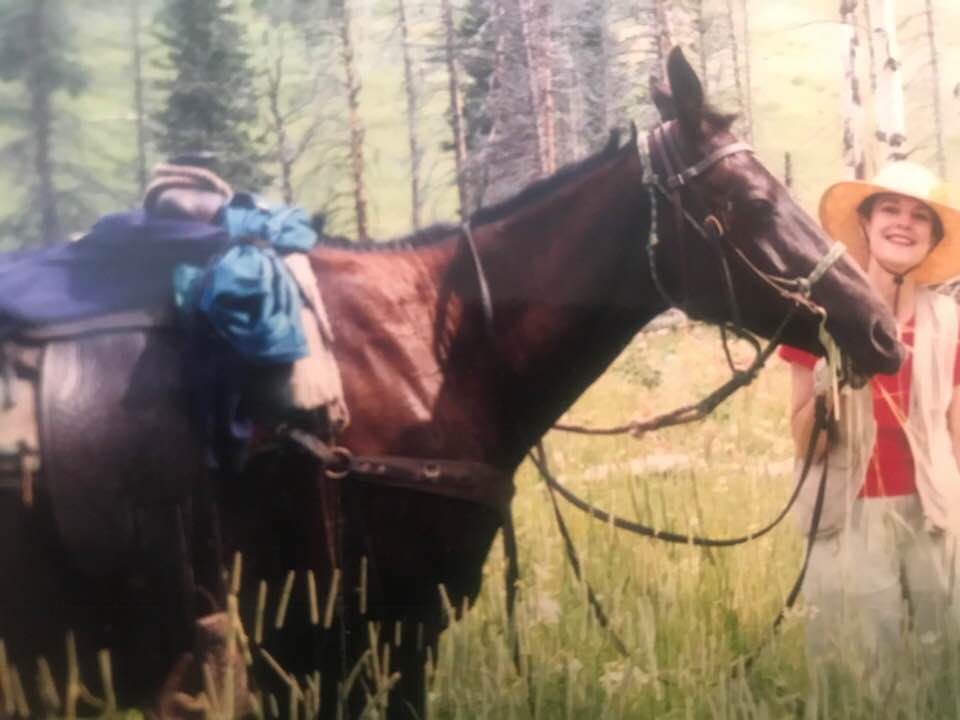