Good morning from Hellsaroarin. This post is about my good friend , and well he’s family Mike Van Handel. Where does one start ? I met him February 1992 . He had a special bull elk tag and I got him a very nice elk . First morning out . Seventeen bull elk , 14 six point bulls three brush bulls . There was one that was tall wide and handsome . He got onto him layed over a Boulder and was getting ready to shoot . He jumps back up . Lays down again jumps back says ouch damn as he grabs his chest . I said Mike you got one more chance kill him !! He lays down points jumps back and grabs his heart . I knew he was having a heart attack . He said I’m getting sharp pains we rode around a while and decided to take him back to lodge to rest . After an hour of resting he came back up the stairs in lodge laughing like only Mike can . He had a great big needle in his hand . . His Mom or grandmother , I cannot remember made him a brand new orange vest for this hunt and she left a needle in it by accident. It would go in him a half in . Darn we laughed for years over that . But after that hunt we became friends and we traded hunts for Mike his son Joe his daughter Jessica  his son in law Brett . Joe worked two summers for me as a kid . Jessica would work also and rode the hair off my horses . It was a wonderful time . I even got Judy Mikes beautiful bride on a horse . But back to Mike and Hellsaroarin. How to describe all he’s done for us ? You can’t . You can’t say how he layed 2000 ton of stone , built the rock arch the stone barn . He took courses on how to build with stone and cinder block near Yellowstone as it has lots of earthquakes and tremors . Not a crack in the wall . The rock wall in front of lodge stone fireplace new tile lawn shed it just goes on and on . Not to take away from Joe Jess Bill Ebert etc but Mike was the man !!! The cement mixers hummed to his trowel . Hellsaroarin wouldn’t be as classy as it is without Mike . That’s just like the sun coming up an undisputed fact . Mike keep on fighting and never quit , Tomorrow I’ll post some more stories of you and your family . Until then everyone just take a look at all the stone work below that he built at Hellsaroarin . We picked every and I mean every stone up . You get pretty hard and tough trying to keep up with Mike . One night after a full day of laying cinder block we were pouring them full of concrete . We started racing from mixer to wall . Pretty soon carrying empty wheel barrow ! Mike Van Handel one of the most talented men I know and most durable . Enjoy Mike ! We need to catch up . Respectfully Warren 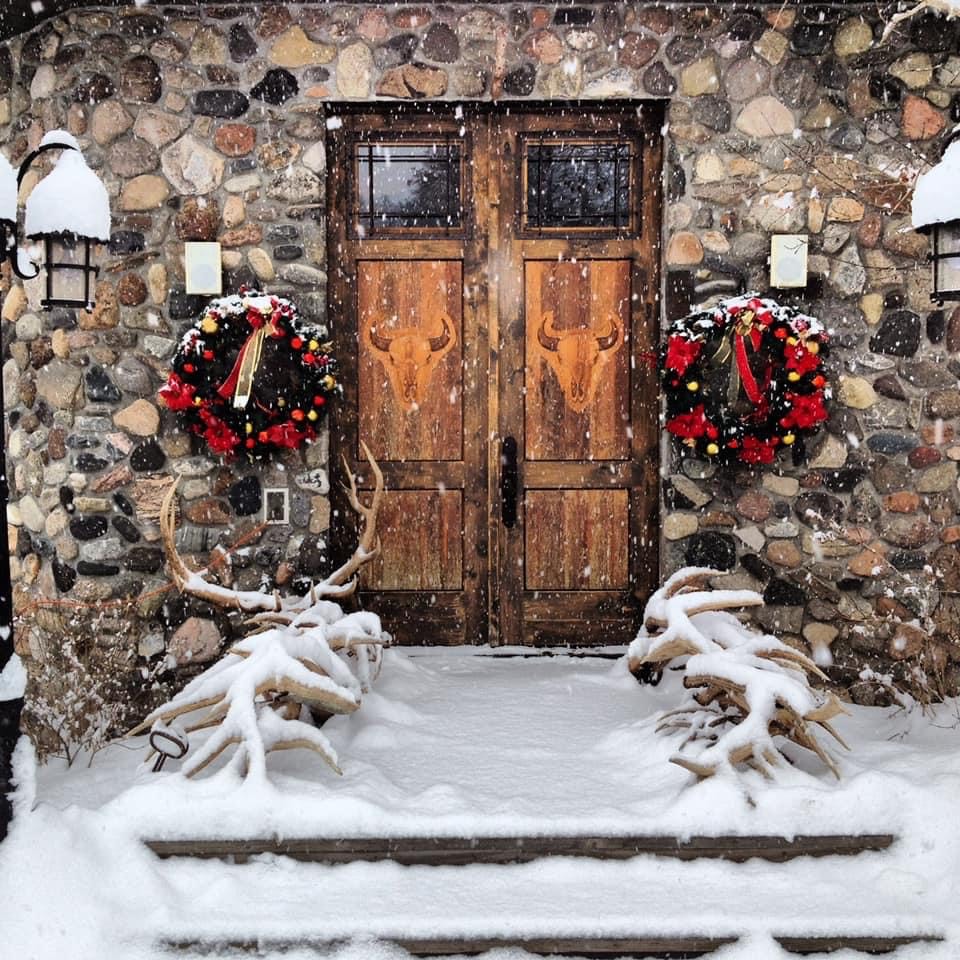