Goodnight from Hellsaroarin! This is my friend Mike Van Handel and yours truly . I wrote about him and his heart that is just wore out . He did all of my stonework . That man could make me wonder where he got the energy . He has cheated death many times as I have . He had attention to detail as I do . He loves to work as I do . We are so much alike and I think that’s why we’ve been friends for so long . The bear posted below was taken the first evening of Mikes hunt in 1993. I had been kicked real bad the week before and was just out of the hospital. We went up glassing and we spotted a big bear . As we started down after him my leg couldn’t take walking through the deep snow drifts . I layed down and rolled about 100 yards to get to where it was dry ground . I think that impressed Mike as he always had a way to do something, he never quit . We got the bear killed but I couldn’t get him out as I was hurt . We hiked home got Dave Poncin and Mike Daily to come help us . We were on the way out and it was 11 pm when Mike Daily said to nobody in particular, “ Another Warren Johnson day “! Mike never forgot that and would use it all the time when we were building by car lights . Mike loved to glass for bears and was great at it . It’s been a long day here but wanted to say a few good words about my friend . There are so many stories but quite frankly nobody would believe the stuff we did . Hell of a man . Respectfully Warren 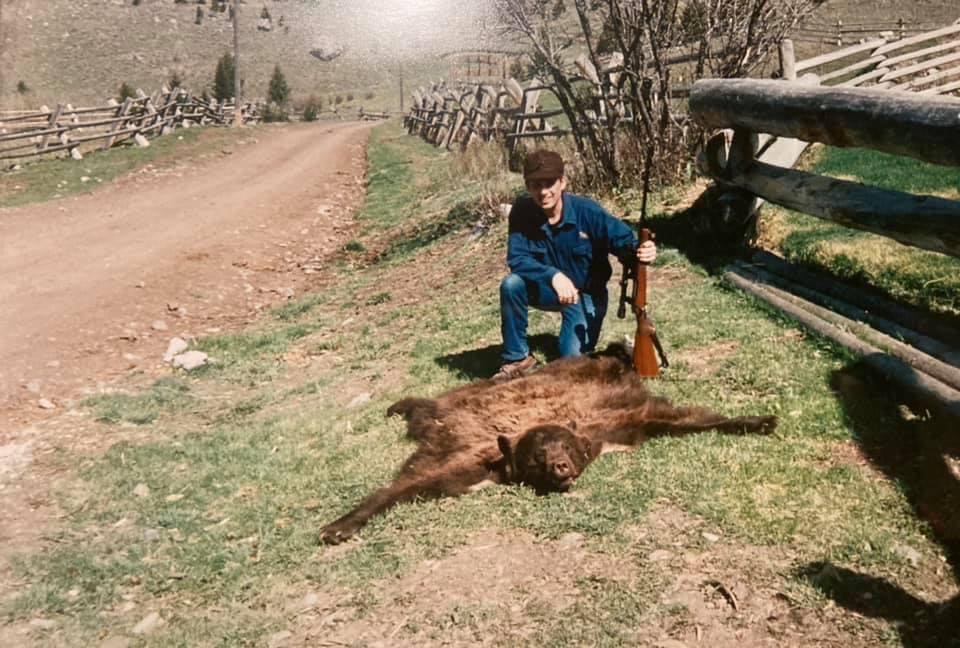