I met this guy Drew , from Italy, 20 years ago. He was camped up on the Blacktail Plateau in Yellowstone National Park. I was up there covering the country putting miles on a couple of rank ex bucking horses . His rawboned Appy, whom he borrowed from a guy in Gardiner had became lame . It was late in the day and he offered to make me some Cowboy coffee. His English wasn’t the best but two cowboys who loved horses and the high wild country figured out a way to get our thoughts conveyed. I was so spellbound with his life stories that I spent the night wrapped up in some saddle blankets and canvas tarps. We talked until midnight and listened to the soothing sounds that only can be heard in the mountains . About 4 AM we were both awakened by the screech of an old mountain lion . Damn thats an eerie sound. First time Drew ever heard it . As the dawn brought us alive with hot coffee as a bonus I gave him a big colt to ride out . This big old bronc was nothing to take lightly! The rollers were going off in his nose and I quietly watched to see if my new Italian friend had what it took to mount one out in the open like the old Montana range cowboys Charlie Russell painted. Sure enough he got him saddled, untracked him reached up cheeked him and stepped in the middle. Old Roman jumped high wide and handsome . A cowboy becomes a lot more sticky when he knows he has to walk home if bucked off. Trying his best Ol Roman couldn’t get rid of him . I thought often of Drew over the years and 2 years ago he called me out of the blue to set up a pack trip. Since then we’ve started a few business deals together with him bringing cowboys and cowgirls over here to hone their skills . Here we are this summer at the Crevice Ranger station . Ive become Wolf 7 status and am proud of that distinction..Its an honor they bestow upon a select few .Proud to call you my Friend Drew 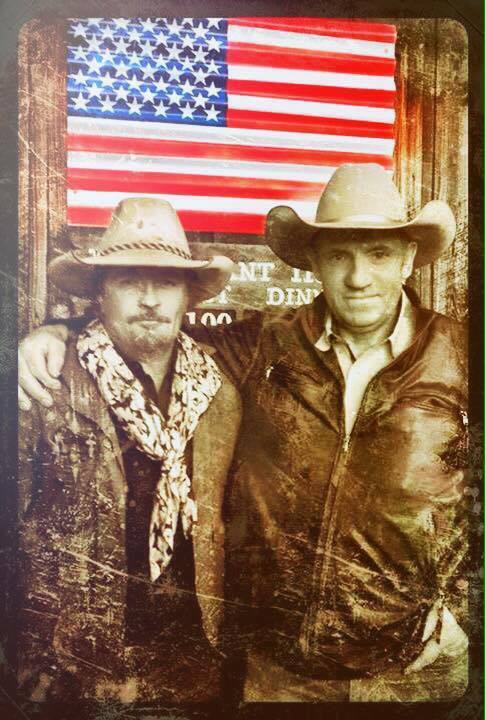