As I was doing chores in Jardine I drove by ol Martins house . He died last month at 96 Years old . I knew him most of my life. Through last year he grew the very best garden you could hoe for, made wonderful sauer kraut . He was of German descent . He could fix anything , run any kind of equipment . He taught me how to run a cable bulldozer . No hydraulics. He raised pigs chickens . I kept him supplied in an elk a year up until 10 years ago . He made moonshine in the room dug into the side hill . In the eighties he had two tvs sitting on top of each other . One hand sound one had picture . 😅He had one of the very first microwaves a monster. It had a huge hole in one side which he had duct tape on it . There was a white weasel on his wall the last time I saw it it was coal black . His wife died in 1974 and he chiseled her headstone . One of my friends and hunters reminded me of the time he went to the dentist and needed a tooth pulled . He asked how much ? Dentist replied 25 bucks . Martin said highway robbery and went home home took out some whiskey and pulled it with his own pliers . I knew the witness who saw it . Thanks Dave Loschinskey ! It reads ( and it’s slightly crooked) Doris Ostrenga Wife . His home was the old Jardine bar . My Dad said that at closing time the bartender would say all right boys time to go to work and earn me some more money . What a colorful history of the Jardine bar and Martin. If you stopped to talk he’d lean in your door and you might get away in an hour. Sue used to buy him supplies in bulk ! When the gulf war broke out he figured there would be rationing like World War Two . She bought him much flour coffee sugar etc., Every Christmas he put a little electric star with lights on it and very old and dim . I shall lament the passing of this tradition . We used to pull the team to a stop there on Christmas Eve and sing carols he then would give us homemade gooseberry wine. In the middle of the night you could here the corks popping off . He had no running water and up until he died cut all of his own wood . Cantankerous in his old age but an icon of the Jardine area . Mrs. Bush saw him early one morning and said ” Oh My ” he’s a real character ” ! To say the least . He is buried next to his wife and I will always make sure the graves are tended. You led life on your own terms Martin . The Christmas star will be missed in your window. Respectfully Warren PS one other time he called the forest service in the middle of the night and said Johnsons horses are on my roof. They thought he was drinking and said go back to bed Martin . Well his house goes into the ground and they were indeed eating grass on his roof. No smoke coming out of his chimney today was more noticeable than if there was smoke. 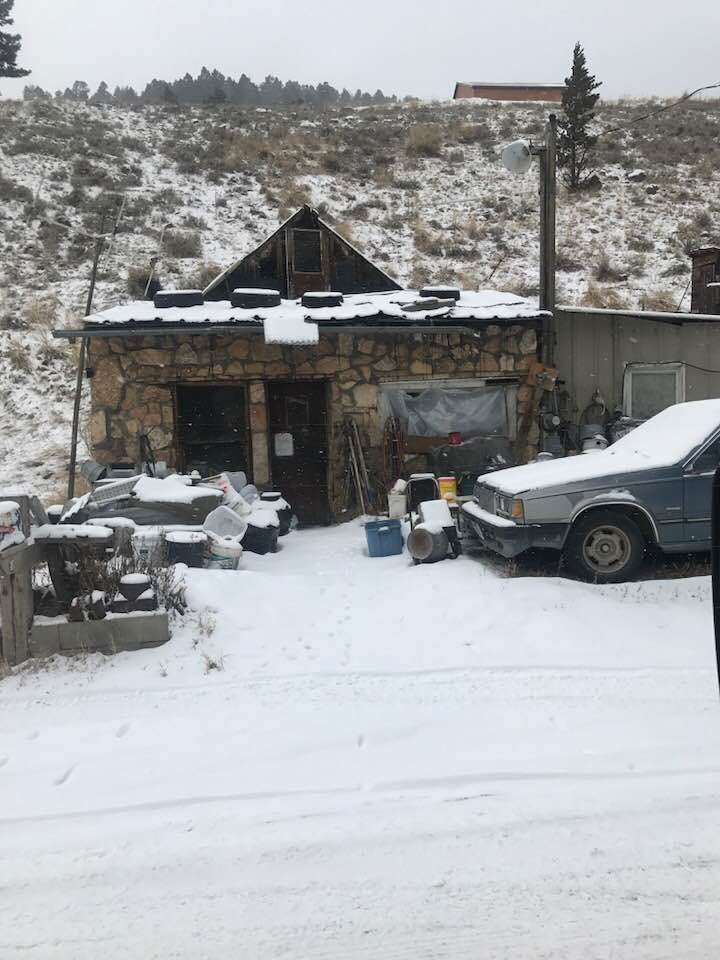