This picture was taken a few years before we moved up here but it looked real similar to this . I was washing the sidewalk after a long winter. It was the longest one I can remember . Getting ready for the prom . The second year it has been held here . Pretty cool ! A long time ago I was working inMammoth building a water treatment plant . Sue was waiting tables in the evening at the Town Cafe . I overheard a conversation about a camp in hellroaring for sale . I went to the pay phone and spoke for it . We had 25$ . I told Sue and we borrowed enough to get it bought . I took the very first 400 question Outfitter test , and passed it. Now we needed a base of operation . So I called Harold Jans in Nebraska about this place . He said no he wanted to come in May and see about options . I hung up and couldn’t bear to tell Sue this . So I said he told us to move up . This opportunity didn’t present itself everyday . When we got a phone put in she would ask me to call him and get something answered . I Did and it was hard as hell as I am not an actor . Bug I cleaned the corrals up built new ones hauled wrecked cars garbage and it looked as good as it ever did ! One day in May he showed up and I told Sue to head behind the barn . Don’t ask questions . She did ! He got out and said what the hell.. I said before you say anything look around you , give a young guy a chance ! You’ve never had s harder worker on this place . He said Warren I watched you as 8 years old leading a group into hellroaring and you have nerve . We became lifelong friends . I always did what it took . One time we needed money for Aimee’s insurance . If you didn’t pay then you’d be cancelled and never be reinstated with her condition . So we went to the Ranger tavern and put 20$ on the counter . Sue got people to arm wrestle me . Said all they had to do was match the twenty and they could get pot . By 11 o’clock I had 340$ enough and a little extra . I used to ride broncs for 25$ to 100$ . In those days nobody wanted to pay 500$ breaking on. 300$ horse . So I topped off a lot . The story above is true and I thought about telling it as I’ve been criticized for it but it all worked out . When your back is against the wall you do whatever it takes if you got the want to and try . By the way in those days the Fish and Game issued the Outfitter licenses and Hank Fabich came and inspected our equipment and issued the license to operate in Montana . Hope you enjoyed a little history . 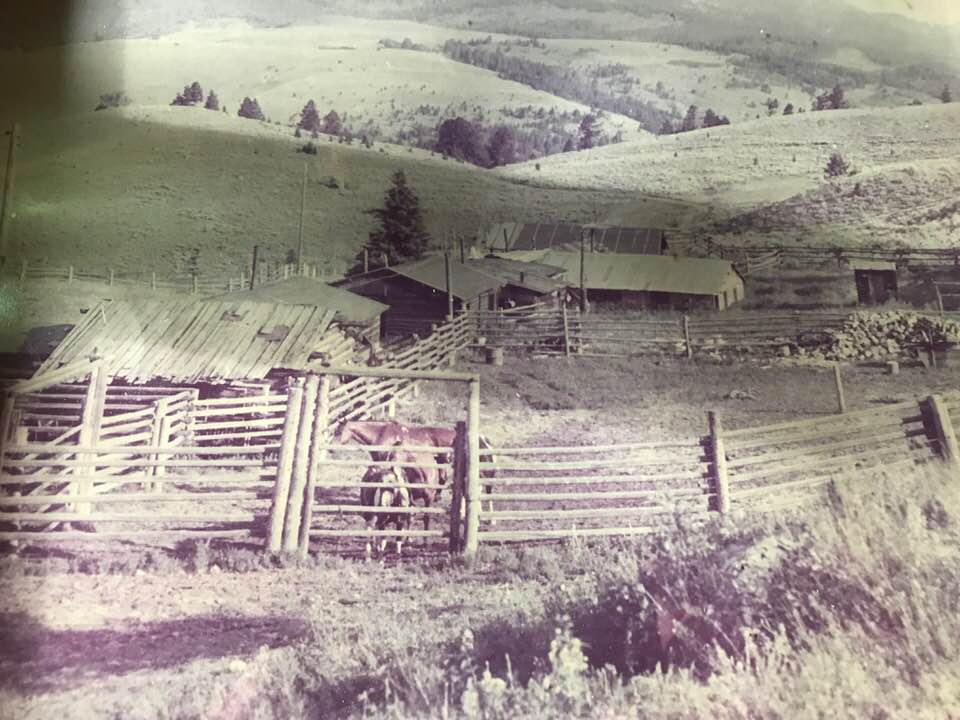