This little guy with the big ears was one of my finest mountainhorses . He was born on our ranch on countryman creek near Reedpoint , MT . When he was born Jeremiah , thought that he was a mule colt ! With those large ears it’s no wonder. I bought his mom near Belgrade . She was 1/4 Belgian and 3/4 quarter horse. Big Dun . I went to look at her and Tim Shinnabarger , a well known artist who married my niece, had his Dad show her to me . I saddled her up next to the highway and stepped on and away she went bellering and trying to buck . She was so powerful that not high jumps they still rocked you . Just about the time she came up for air a semi blew his airborn at me and away we went ! I got her pulled up and saw she was green but could really walk and was powerful built although one of the longest horses I’ve ever seen . I bought her and bred her to Midnight a papered Tennessee walking Stallion , that I bought from Rufus Reese! The next spring she had this guy , I named Crevice . At a yearling he was 15 hands . We castrated him , branded him and halter broke him . I then let him grow up to be four. He was a giant . He stood 17.1 hands tall and weighed in at approx, 1450 pounds. But long and lean . He moved like a thief in the night. I’ve never seen , never been on , or heard of a horse that could walk like him . His normal walk was faster than a gaited horse. He was a gentle giant . I had a standing offer from the New York Police dept, to buy him for a police horse. An officer was here and saw him in action . He was a giant when you saw him looking up . Wally
Wines from the park bought hundreds of animals from me and always said name your price , he was so comfortable to ride and I make my living in a saddle that I kept him until his shoulders go to hurting him and I put him down . He had that that big old kind eye and it was pretty darn hard I’ll admit that. I’ve got some DNA frozen just in case I wanted to clone him . We used him to drag bulls out of the arena but he hated it . He preferred chasing elk . He loved to chase elk . He was one of the very best for smelling them and he started looking snorting softly and you better pay attention if you jumped a herd cause I taught him to charge and he was like a warhorse, Aimee found that out once when I sent her to Crevice with ten mules  to pack out five bull elk . On the way in he started prancing and blowing and it was all she could do to hold him back when a 100 head jumped up along the park line.. he was a heck of an animal for what I do . I had people I met on the trail say ” hey what’s the weather like up there ? ” In my business you need to be well mounted and in my part of the country I’ve got a 100 head of the very finest mountain horses and mules and he outshined all that I rode for pure pleasure . Sue rode him lots in later years and she babied him too much but he remembered , the war horse came out in him when I got him. He knew we’d be chasing something . I don’t think I exaggerated one bit on him . I hope you enjoyed this, he deserved some recognition in helping to build Hellsaroarin . Crevice ,
Respectfully Warren 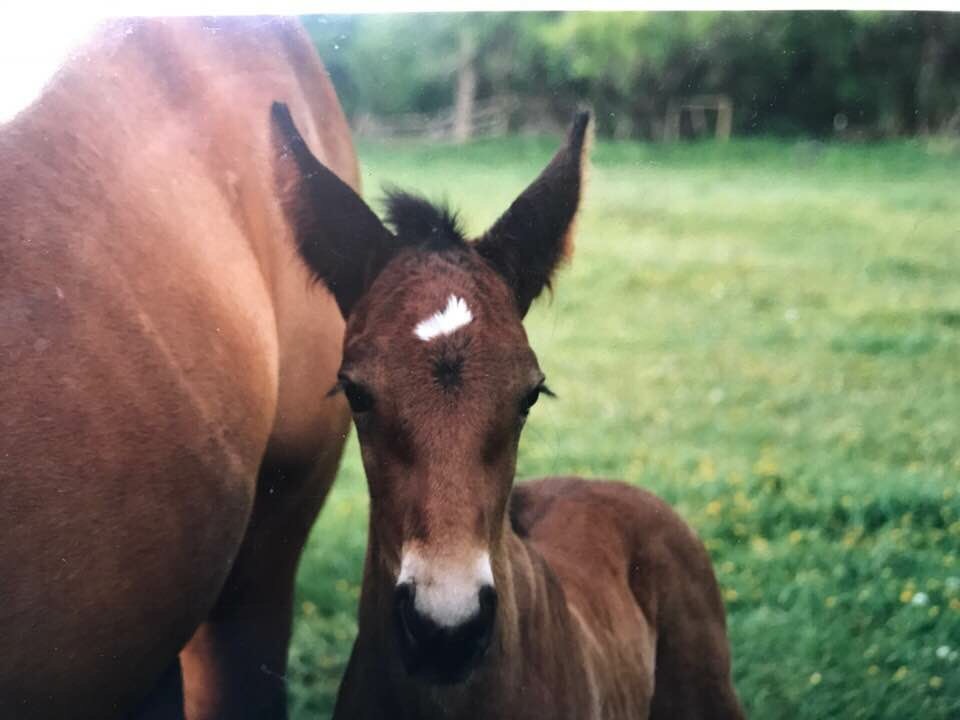