This is me and my brother Earl. I found him this day in the head of Northfork. This picture was taken just under Monitor peak. I was riding my good dun gelding “Cody and Earl had his stocky bay gelding Donkey.” Earl grew up hunting trapping and looking for horses in this part of the country just as I did. Not far from here I broke my right femur at 8 years old. My horses slipped off a 30 foot drop. I was trying to get a better look at a little bear. I actually pulled him over on me. My leg was on a rock and he put both front feet on it and stood up. My brother Clarence who was 12 years old packed me out on his horse. It was a compound fracture. We got out at midnight. Six months later I could walk on crutches. Just after this photo was taken, I left Earl and his family and just over three little hills I watched a sow brown bear with a pair of cubs swimming and playing in a small pond. I can still see her playing and frolicking with her cubs. I ride by where I broke my leg and on a tree limb was the wire from the brim of my straw hat. It took 13 years for it to decay. In later years me Jerry Ryder Jetrmiah and Earls son scattered his ashes up there. When we did at Collarbone springs a huge boulder dislodged and rolled off the mountain! “Earl saying all was well?” It put a nice feeling in all of us. Just saw this picture and wrote down the memories that went through my mind. I enjoy sharing these stories unedited–like talking around a campfire as the stars come out! 🙂 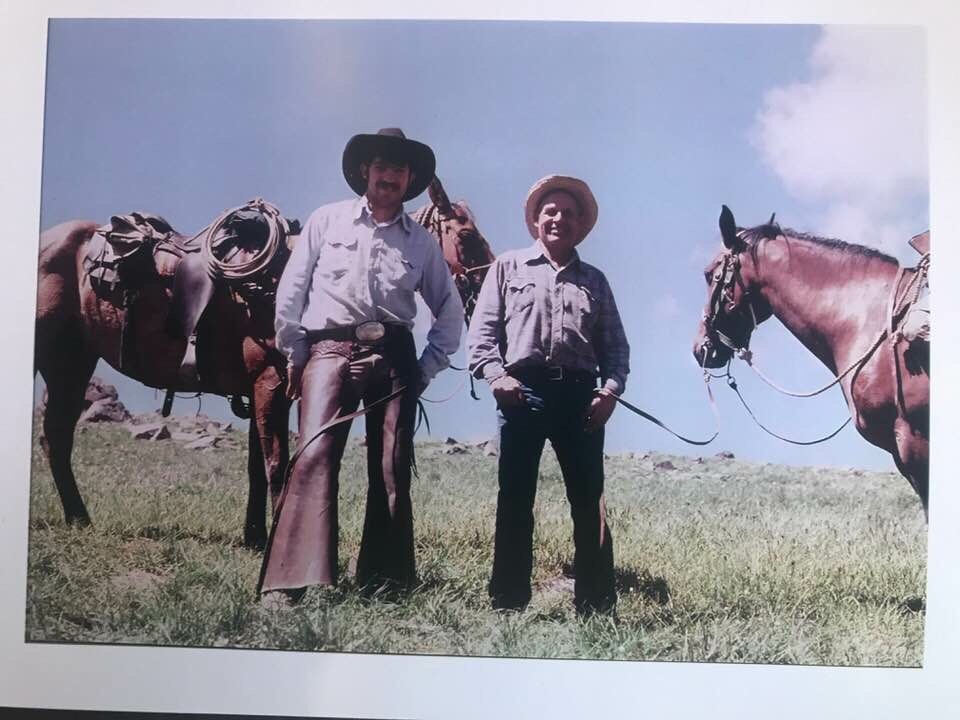