This is coming out of the The Hole north of Hyman Creek in Hellroaring. The original picture is better but I always thought this looked like a Charlie Russell print. I think we got three elk that day.

The next day I came back up there and spotted a lone first year six point bull elk headed from Silver Creek to North Fork Basin. This is a long way. But it was a hot day and I figured he would hole up in some cool timber. I could maybe bugle him in.

So two hours later I picked up his track, bugled for about an hour and sure enough he came sneaking in quiet. He was maybe four hundred yards out when a six year old horse we just broke named “Roanie” saw him through the dwarf white bark pine trees and whinnied. The gig was up. He stopped and turned horns thrown back over his rump and so long. 🙂

We ate lunch and it was maybe three thirty in the afternoon. My hunter wasn’t real tough but never whined. Silver creek trail was abandoned in the 90s but I knew enough secret game trails I figured to go down it and back to camp rather than ride an extra 4 hours. There is no prettier trail than silver creek until you hit the thousands of trees blown down.

Well it was worse than I figured and after three hours of jumping logs moving trees we still had 30 minutes to get out. But the hunter didn’t know that. At one point I heard him talking and I turned around and he was on his phone. I said “You get service here?” He didn’t answer. I asked him again! He said, “Warren, I have all the faith in you but I’m scared I’ll never see my family again and I’m leaving them a message telling them goodbye and how much I love them“!! 😁

I said after I quit chuckling, “Listen we are not going to die! Do you know how many nights I’ve hugged a horse to stay warm? I can build a fire in one minute, picket the horses so they can eat, we can cover up with saddle pads and rain slickers. But I’m eating a hot supper in two and a half hours.” To me it was so dang funny.

Growing up chasing elk horns from Jackson Hole to Gardiner I’ve slept many nights with no fire. There is nothing better than that hot sun warming you in the morning. One time I was three days late and Sue got worried, hired a baby sitter and started looking for me. I had found so many horns that I was walking leading my saddle horse packed with horns, and six mule colts loaded too. Now that was a payday and she forgave me. Yep, I’m ready for the horse ranch we are building in Jardine. 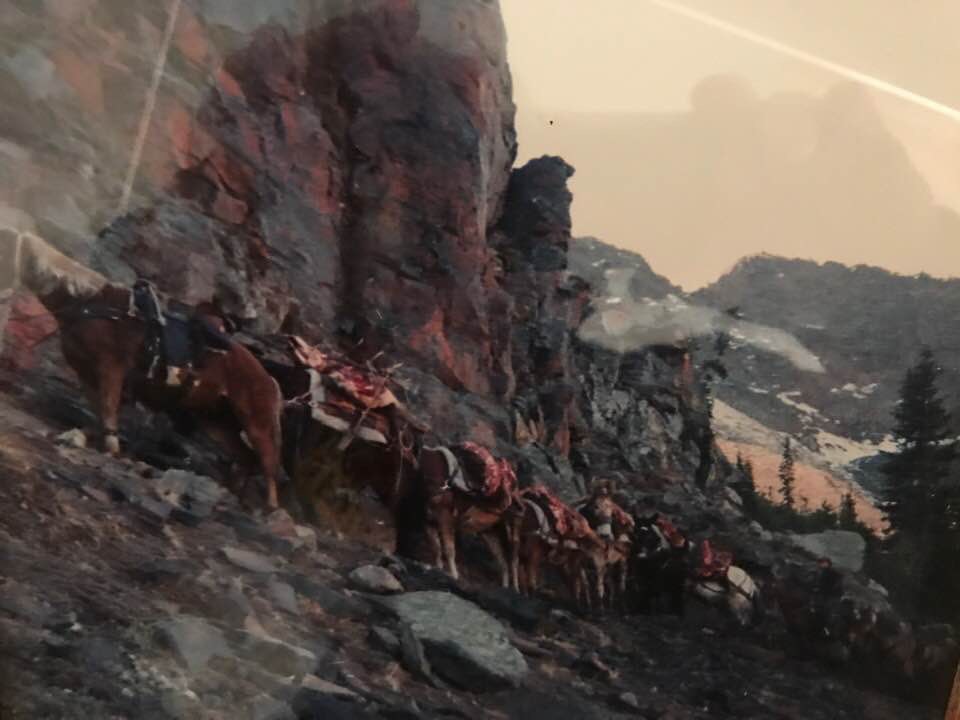