Joseph’s last supper! Thirty one years old and I’ve had him for twenty eight. . Today I got him up twice and I knew what needed done . I lost my nerve twice , I’ll be honest ! I usually let nature take its course but I buried my old friend. He came from the Cheffs in Ronan. He wasn’t pretty he wasn’t the best at most things but he was good at everything , especially being an honest hard worker. He was still free moving in his joints but was slowly dying inside. Blind in one eye when a proud cut horse beat him up bad in a corner! He started losing his other eye and old Bob was his eyes for years . They’re scratching each other’s backs now . I roped a steer on him onetime ! Backed him in box took bridle off and he headed one and turned him bridleless ! I’ve seen others do this but they roped thousands . He roped one !! One time he drug 11 cows and one bull elk up the back side of phelps cause another Outfitters horse and my brothers horses wouldn’t drag that steep ! On the way downhill they were bragging how good their horses were doing ! I smiled and petted Joseph’s neck . He spent very little time in an arena . The wilderness was his arena , there wasn’t any mountain he didn’t climb ! Lord only knows the terrifying nights when wolves first hit this country and we’d here them being stampeded all night long in hellroaring . Or being picketed by front foot and never lose his nerve when s 500 pound grizzly walked by . I never had to leg him up after time off . He was just tough . Never fat never skinny ! I e rode thousands and thousands and still riding them but old Joseph was like an old shirt , gun , etc., when you got on him you knew he was a mountain horse who wasn’t afraid to go to town if called upon . When he left this world there was a huge clap of thunder just like when my Dad died! Who knows? I’ve had him for every decade of our business ! Yep I’m not afraid to say the tears were there , the least the old guy deserved . Rest In Peace my old friend ! You endured a bunch not the least was my singing on lonely rides! 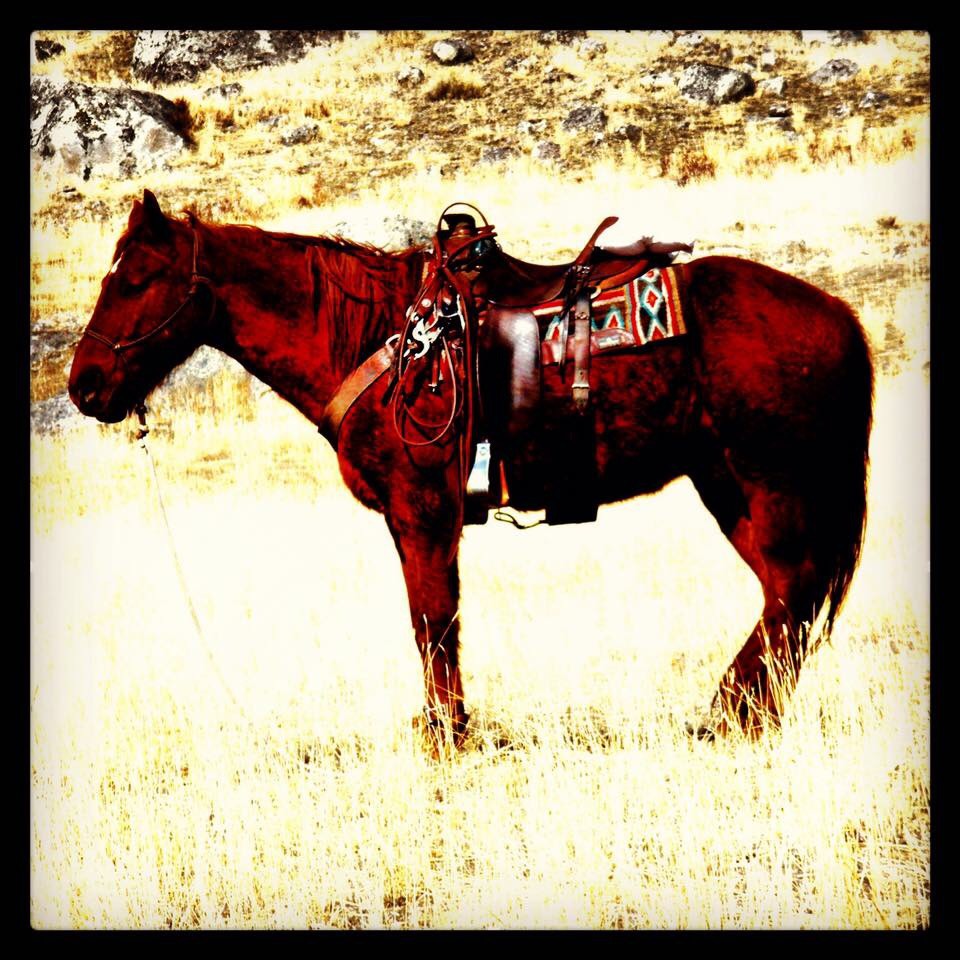