Well my hunting season starts in three weeks or less ! As always my memory takes me back to another time of hunting . This is me and Jeremiah in 1997 ! We took eight hunters into camp about the 23 of September ! One was Jeremiah’s great uncle Dave Jacobs ! On the first day we got five bull elk . The third day Jeremiah and I were sheep hunting on bull mountain when a bull elk bungled at us . Jeremiah held him there cow calling and bugling until I could gallop to beaver creek and get Dave ! Sure enough an hour and a half later we got back and the bull was in a wallow grunting ! He got a good shot in him and it was time for mules , ! About two days later Jeremiah was headed out for school as Sue said anytime he could come home that would be great. Well Jamie Bell from Australia had a know it all hunter who had missed or flubbed many shots . So as he sat down in frustration after a bull he bulged in got away , he saw three rams bedded down across a canyon . He found me at the ranger station and I headed off Jeremiah halfway home . We rode to the top of the mountain and started leading our horses downhill . We planned on leading them to about 1/2 mile from where Jamie said they were. We got about where we were going to tie up and snap Jeremiah’s rifle stock broke on a tree . We tied up took my rifle , which I handed to Jeremiah ! We got to within 175 yards and saw them laying there .I was glassing them and told Jeremiah two were good and one was small . He picked out one and fired ! He never got up just died there ! The other ones jumped up and ran ! I whistled and they stopped ! Jeremiah handed me my gun and I shot the best one of the two and he ran back towards us and died six feet from Jeremiah’s ! It was the very best hunting time I ever had ! I’m not exaggerating when I say I’ve been in on 6000 elk kills because of the late season we had , but this was my proudest moment ! Father and son two rams on the best Indian summer day ! Rams are very hard to harvest and two together in the wildest of wild country is a dream ! By the time we got them back to camp we slept like s log and woke up to head home and maybe show off a little ! Maybe ! They are live mounted in my room ! The sheep meat is some of the finest there is! We ended up with seven bulls for eight hunters and the hunter Jamie had continued to miss and chased a bull off with his loose shells in his pocket . We always had something happening while hunting partly because as I’ve said before we were always doing something trying something , nobody could ever tell me that I couldn’t go something like they tried to when we bought our business and I was 22 ! I remember telling Mike Daily when he worked for me that if hunting is slow just start riding around in the places you’d never go and usually something happens ! He heeded my advice lots and it paid off lots! Hope you enjoyed this ! Prayers for my Texas friends Republican and Democrat !! 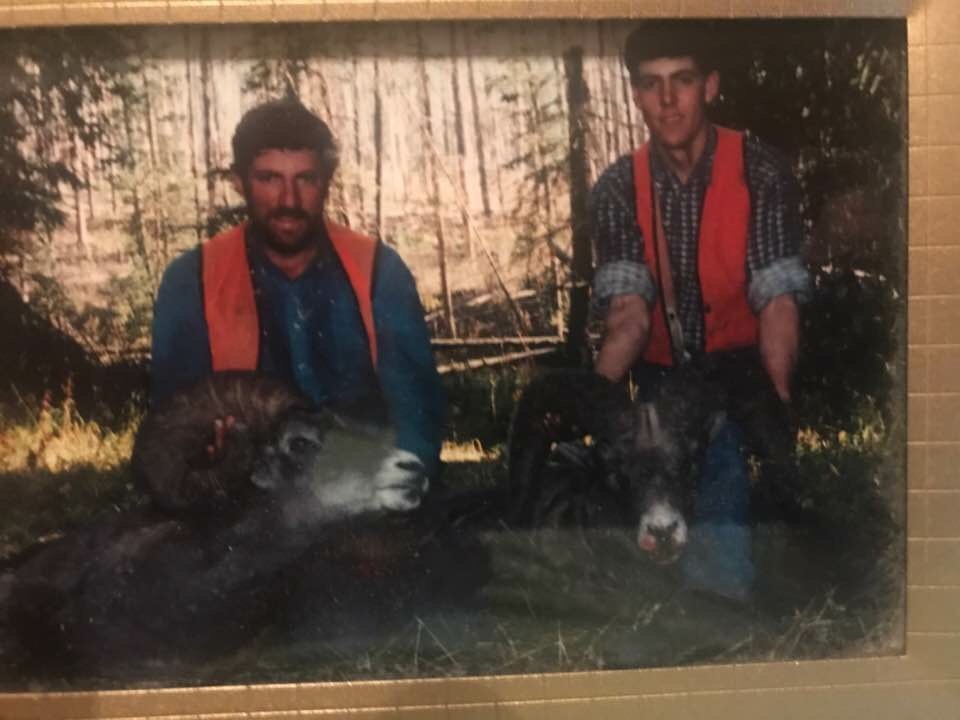