This is me and Dr. Gordon Hardaway. Our vet for 26 years and great friend.

All livestock people need a great vet or they wouldn’t be in business too long. It’s getting rare to find one to work on broncs, colts, bucking horses, ridge running brood mares. He does.

He AI’d a bucking cow in his barn and she tore it up. He got it done. Her name was “ Highway Patrol”! She even disliked her calf. I bought her at BLS to raise bucking stock just as it was getting popular. I bred her to Bodacious. You know you’re a redneck when your brother in law gives you Bodacious semen for Christmas. She got out at BLS and a highway patrolman tried to turn her with his car before she got into downtown Billings. It didn’t work. She tore his car up!

Gordon would load his truck with everything he could think of making a ranch call here. He said you never know what Warren has traded for. Last summer he casted Rastus the rooster’s leg with popsicle sticks. He is fine and has much to crow about as he was going to be the chicken in the dumplings! 😁

Thank you Gordon you guys are the unsung heroes making calls in the middle of the night waiting at your office for us, giving me years to pay when I had no money but believing in my handshake that I would, having Hatari the Zorse eat you up literally. 😊 Unsung heroes of the Livestock industry. 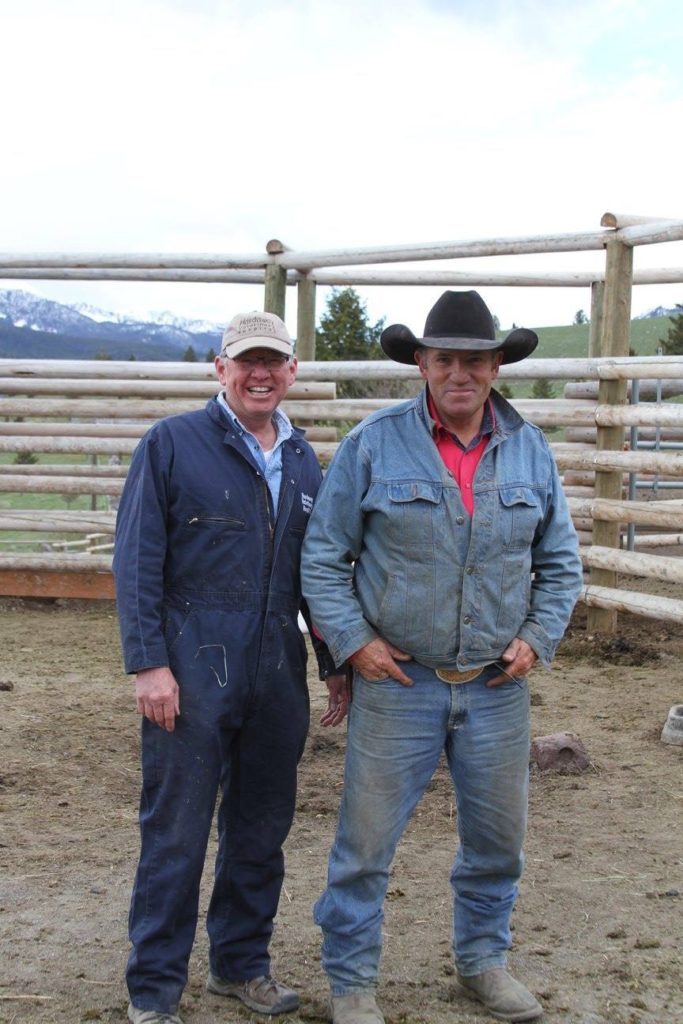