I found this in some old boxes I was going through . The early years of the C. Sharps Arms Co. this is their brochure . There office , factory was in Big Timber Montana . I was the first Outfitter to take clients for them and help sell their rifles etc.. Sitting l to r is Pete Seda , Warren Johnson , Phil Spangenberger ! Standing Pete , bear , Warren . This picture was taken on a non descript hillside in Crevice basin about 100 yards from Yellowstone! For two springs I would set up a tent behind barn and put up their bear hunting clients in it . Lots of pictures for advertising and lots of stories . Then one fall I set up a complete camp behind my other camp just for Sharps clients . This was a very hard situation and one I’d never do again.

Too much conflict and people thought the other camp was special even though they both got game . Human nature . I packed in buffalo robes and heads for atmosphere around camp . Looking back it was pretty cool that they chose us to do this as I was only 22 . We had reps from Guns and Ammo , Shooting Times , Field and Stream , Outdoor life up here during those times. Phil Spangenberger would put on a Wild West show with tricks and trick shooting , he was great . I would ride a bronc to start and end with one . We built bleachers out of small square bales of hay . Invited all the neighbors up to watch . Always worked but always played . 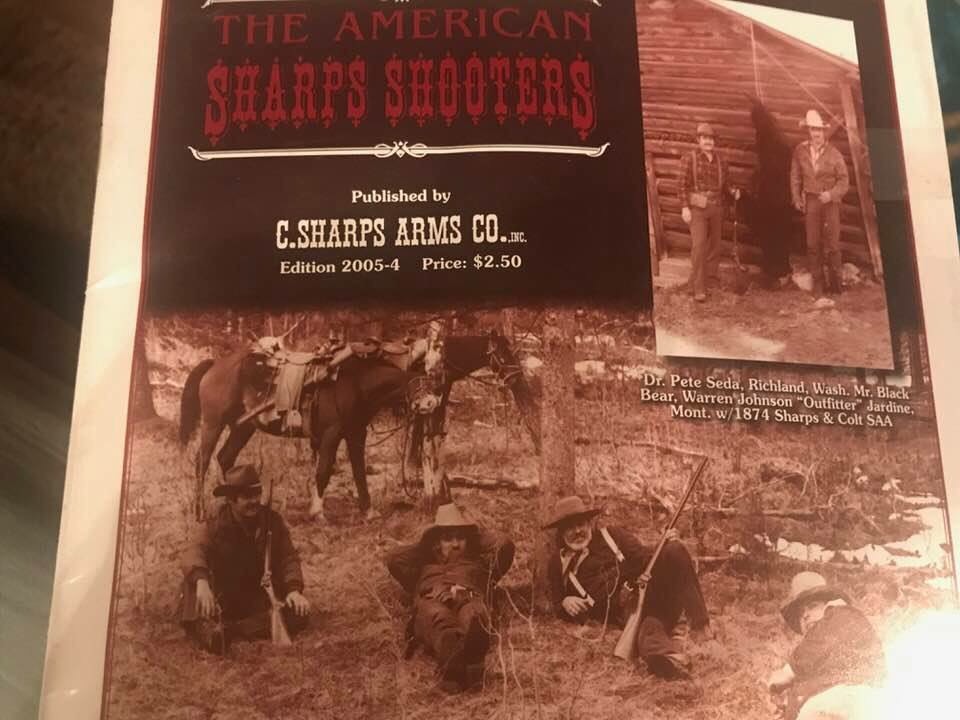