I woke up today , stretched and felt a nagging memory in the back of my head . Then it hit me , today was the day that I lost my Dad . For 35 days prior to his death Sue cooked him two meals a day and I would take it down to him to eat . I learned a lot from him telling me little things about his life . Some I’ll share and some I’ll take to my grave . At any rate he was a hell of a man and he lived life to the fullest . I can remember when he was 76 riding my little horse Nibbs . Nibbs couldn’t buck him off so he threw himself down . I still think of things I wish I’d asked him . He bought Charlie Russel a drink , was Will James neighbor , Knew Curly the Crow , a scout for General Custer! Was related to movie star Tom Mix and had one of his first saddles he ever rode. But one of his most interesting stories to me was a mini sheep and cattle war . It went something like this . ” A group of sheep men had penned up 5 ranchers cattle . They had been trespassing on sheep range . This was mid 1920s . He and Ed S. and 4 others went to get them back on a moonlit night. It wasn’t many cows maybe 40 to 50 . When they opened a big old pole gate it squeaked real loud . My Dad said someone must have tipped off the sheepmen as the night erupted with rifle shots. They shot back but decided it best to hightail it to better country. As they were going hell bent Jimmy P. Horse fell . He hollered at Ed S. a young man to help him , Ed replied I can’t my horse is running away , as he over and undered his horse with every jump . Dad then said that they came to a fence and one horse stopped so quick that the guy flew off and his spurs hung up in the fence . He was trapped hanging there . Then a lone rifle shot rang out and it accidently hit the fence and the guy dropped to the ground . This is all that I remember of details of story except for two things . Dad thought , no matter how small it was the last sheep / Cattle battle in MT . He also said he cussed sheepman until a little older and realized how much wool he used ! Pants , longjohns Pendleton shirts etc…. I wish I could remember more details to this but anyway pretty darn cool to have a Dad like this . He never missed a dance or flirt with a pretty lady or chance to pull a joke or ride a bronc . Hell of a man and proud to call him man Dad . 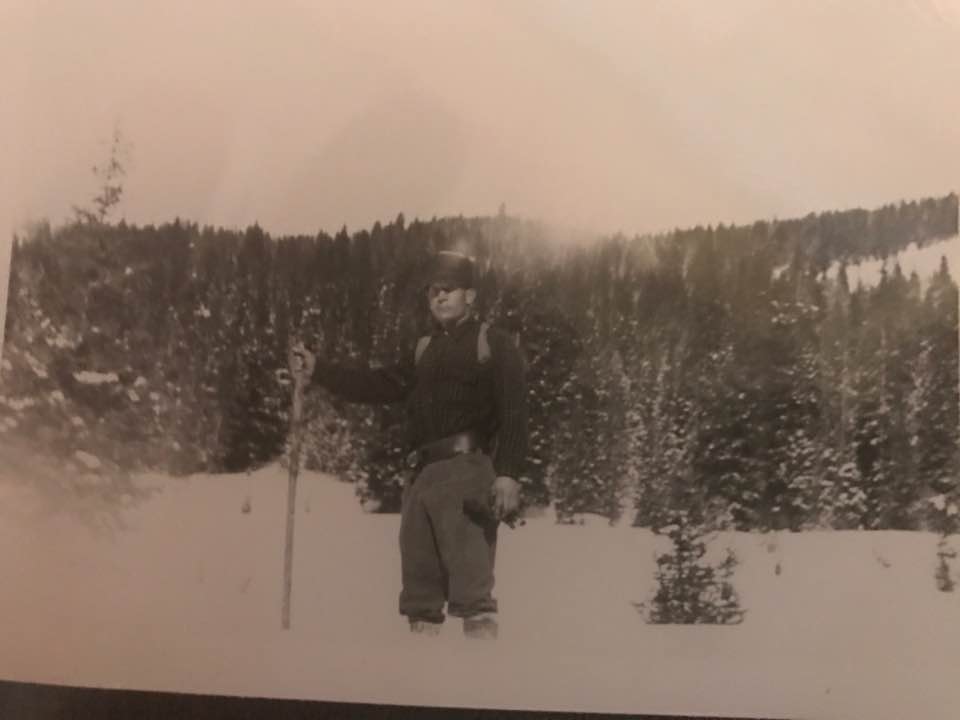