Good Morning from Hellsaroarin ! This is not a new foal but Sackett the grey horse I showed yesterday being a Mommas boy . He never misses anything . Old Spanish bloodlines . I was talking to a good friend last night and it reminded me of a horse buying trip to Kalispell Montana . I rode up there with Gary Duffy and drove back with Larry Gaustad . While at the sale yard in Kalispell I was talking to Don Jacobs who used to buy lots of horses . I bought a big bay horse that I paid 1000$ for . Don told me I was crazy to pay that kind of money . He was right 😊!

That horse was the worst horse in the country to cinch up , he’d fall over backwards , flip over . I finally got him to where I could sneak on him without him going over but he was dangerous . But on the way home we stopped in Arlee MT at Bob Schall seniors ranch . I was dressed up as well as I could be for those days . It was raining spitting snow . Gary Duffy was looking at buying a few horses from him . Schalls were tough people . Bob junior was as tough a man as I ever knew . I think still rode bucking horses well into his 40s and won . We got out and Mrs. Schall comes driving up in a little Chevy luv pickup , looks at me says get in “! I never hesitated just jumped in . She introduced herself . Then said “ stud horse trying to kill a new colt “ ! We pulled up to a gate I open it she drives through I close it and jump in . This truck we were in was used to herd buffalo if I remember right . Beat all to hell . We roar up to this good looking grullo stud bump him out of the way she jumps out says stay in truck . Grabs newborn bloody wet colt and throws it on my lap with the mare going crazy . She said hold the colts head out the window so Mom will follow . After several failed attempts to roll down window , she rolls her eyes jumps out open door rolls down window and were off with mare following . We get to gate she opens it and drives through . As she is closing it the truck starts rolling towards a pond . I’m looking back and she can’t catch us , colt is now trying to stand kicking and struggling . I’m more comfortable on a horse than in water . I reach the brake with my hand about 50 feet from the pond and I bet we were rolling at twenty by the time I got it stopped . She gets there gets in and says damn emergency brakes nowadays . That’s all . Great times trading horses but I like my life better now . People aren’t that tough anymore ! Hope you enjoyed it ! Respectfully Warren 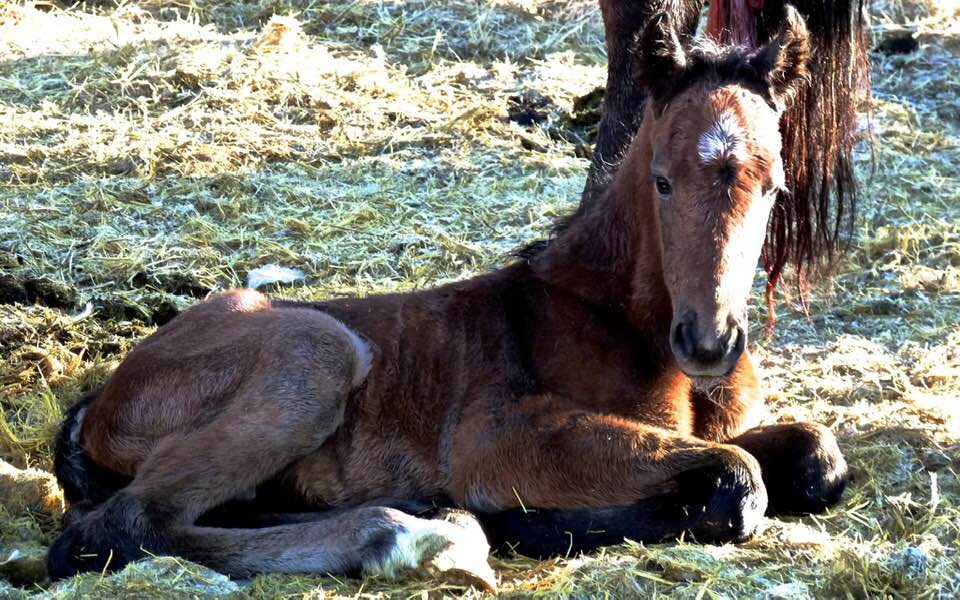