This is my Dad on Specimen Creek. Not a sissy. He had a gift of telling stories around the campfire and they would scare the hell out of you if you were young or green. I’ve told this one before.

He lived to hunt grizzlies. He used a .348 Winchester. He said one night about dark he shot a grizzly uphill from himself. Not a good move. He missed the neckbone and just hit flesh. He short loaded a shell with his lever action. His gun was now jammed! He took off running downhill. He could smell gunpowder and warm blood getting close. He saw a limb on a fir tree about twenty feet off the ground. He jumped for it and he said I missed it! Then he shut up and after a thirty seconds we couldn’t stand it. We asked what happened next!? He quietly said I caught it on the way back down!! 😊 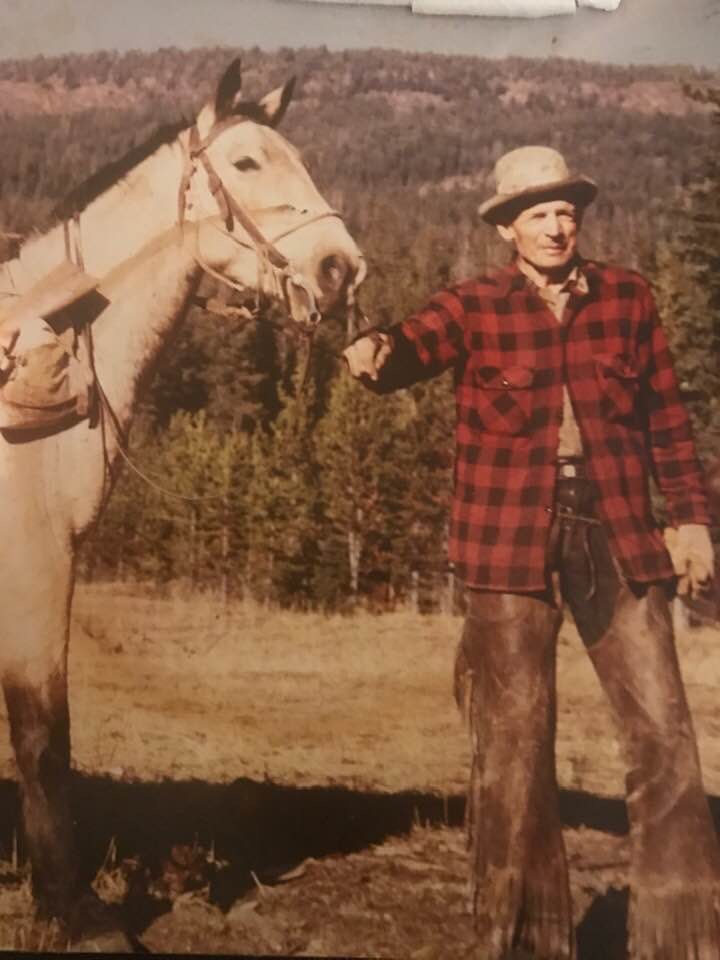