I was thinking about something a friend, Becky Couture, wrote regarding Outfitter wives and I agree totally and I’ve written the same thing about Sue. But it made me remember my old guide Dave Poncin. Aka Super Guide! He is pictured standing by me wearing black cap and chasing buffalo out of our old corral.

Dave guided for me for 22 years. Not 22 hunting seasons but 22 long hard years! There was nobody like him. He was not a fair weather guide. He was the biggest man I’ve ever known and stood 5″ 10″. There is not enough print to tell of our exploits in the wilderness and anywhere else we went. We never had to speak, we knew how to hunt together and what each person was thinking. Every outfitter that knew him wanted to hire him but he stayed loyal to Hellsaroarin. He was a major part of our success. He was good at everything but killing elk and taking care of all types of clients was his forte!!! 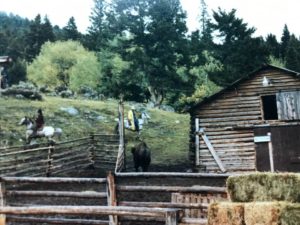 We killed an elk on haystack and the mules were all headed out to Jardine. It was change over day so we packed his horse my horse and he walked to Jardine. He left at 12 noon. Got to the house at 8:30. The picture below is of him and the grizzly. I owned and operated three hunting camps for awhile and he was in my Buffalo forks camp. He had a judge from Ohio. They saw a bear and then three more sub adult cubs. The sow charged then turned back. One of the cubs woofed and she turned and came right back. Dave was first in line but she ran around him and bit the judge on his leg. He shot and missed her. She threw him down and turned on Dave. He calmly pulled his pistol out and shot her in the top of the head, killing her instantly with his 9 mm. The cubs ran off. The judges gun had broken in the first charge. She broke his leg in four places. The fish and game checked it out and all was well!

When I first heard of a grizzly incident in Buffalo camp I asked who was involved and they said Dave. I breathed a sigh of relief as I knew he’d handle anything nature could throw at him.

Here we are getting buffalo out of corral and ten minutes later he picks Dave’s horse up from behind and is wheel barrowing him down a steep hill. Dave is hitting the bull in the face with his hat. Seven hours later we save the horse with 450 stitches. I have hundreds of stories that he and I lived in the mountains. There is no guide like him. No man like him. When he decided to do something different he gave me two years notice. I’m not exaggerating about one thing. I’ve never ridden more miles with anyone ever. Oh I’ve been so mad at him I could kill him but he ALWAYS got the job done. I can never remember him saying I can’t pack this or ride this horse. 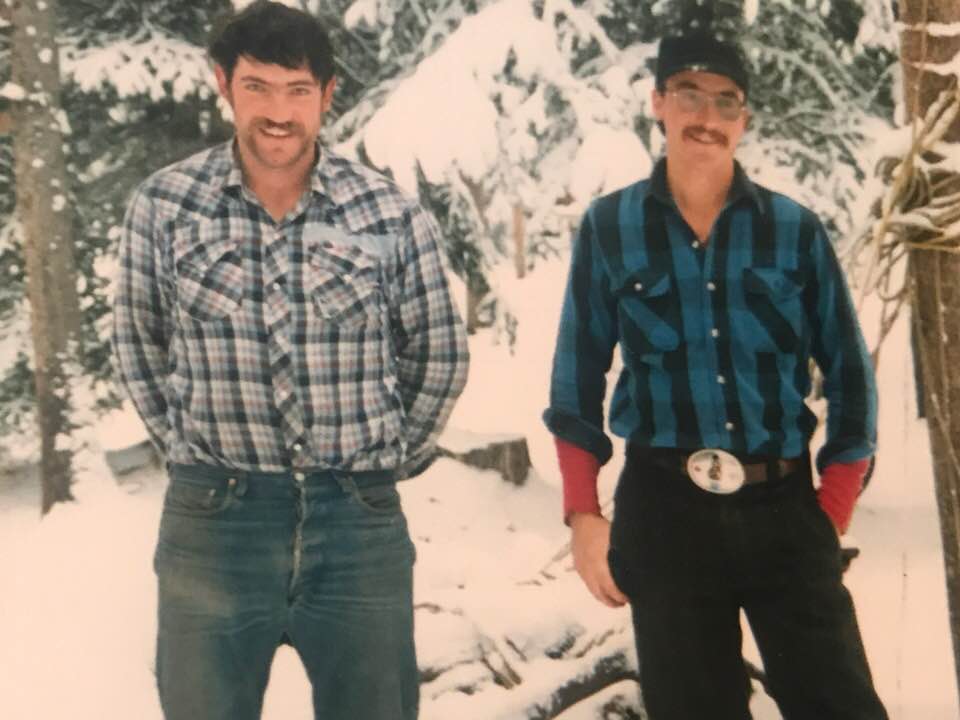