One of our all time great kids horse Casper has passed away. He lived to a ripe age of 28 years old! We got him in 1999 after he had been bounced from clinic to clinic from the people who bought him in Peru and shipped him over. When he arrived at our place, they told us he was no good, wouldn’t amount to anything. But once ol’ Casper breathed in the good fresh mountain air, he became a changed horse. Hundreds of young kids climbed onto Casper and he took them sure-footed through the mountains. Casper always had to be behind the lead horse, no exception! If he was fourth in line, he’d get out of line, move quickly, skillfully and cut in to get into the spot he wanted. We can’t say enough great things about this wonderful white Paso Fino! He worked hard for us all those years and never once did he make a wrong step with anyone on his back! Casper is the white horse on the far right. 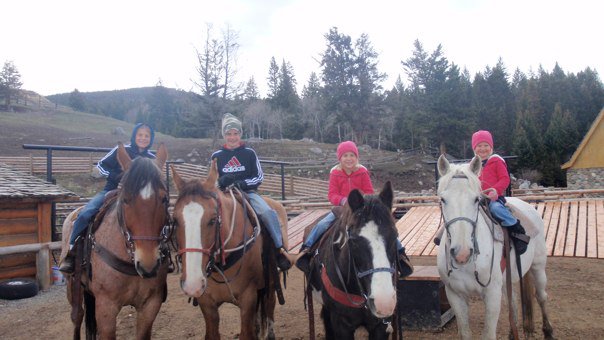