This is a photo of Dave Poncin and I in 1985! We were in the best shape ever and never thought nothing of hooking an unbroken team up and cleaning the corral. This team was owned by Tom Venable , who still runs the horse operation for Xantera in Yellowstone Park. It was one of the greatest times of my life . I had all the dreams and plans to build this into one of the greatest Outfitting business in the world. I wasn’t one bit a scared of hard work or thinking big! There was never enough money to do what I wanted, so I would take on every job that I could in order to build and survive . Thankfully I had a great friend and employee in Dave . Im holding the lines in this picture and Dave is running the Fresno. The old barn was starting to lean and the corrals were in a state of disrepair. We fixed it all up for another season of operating . This was the last year I never had enough hunters booked . From this point on Ive always been booked up a few years in advance . We rode hundreds of bucking horses in that corral and if you look closely you can see an old electric wire hanging down . When we had a high bucker you had to duck to miss getting clotheslined . Man Im thinking of the laughter we had doing the stunts we pulled off in that corral. The old shed sitting there was once used for two bull buffalo I bought . I had nowhere to put them so I put them in the shed. I forgot that I couldn’t open the door to feed or water them . So being resourceful I got my chainsaw out cut a window and fed and watered them through that hole . When I got my fence fixed I turned them loose in the pasture and when they came out of there one of them had an old Volkswagen tire on his horn . It took him a week to lose it . I told everyone that it was all that was left of Sues old Volkswagen.. We moved all that manure out of corral and pitchforked it on truck by hand and scattered it on Patrick Hoppe’s hayfield. For free to get rid of it . Those big old Shire cross colts were full of the stuff we were cleaning and it made for some fast corral cleaning at first ! There names were Prince and Prairie ! In 1994 I sold the old barn to a rich eastern oilman to use in his5 million dollar second home so he could feel good about recycling and repurposing . We built a beautiful stone barn with the help of Arnie Mike Joe Judy Jessica Van Handel. Im proud of all that we’ve done , but these old pictures make me nostalgic. Its kind of like building a fort as a kid , the fun part is in the building. Hence this beautiful new corral that Jeremiah and I are building ! Im so excited to see it done and to have my new found Cowboy friends to come over from Italy to be the first to use it !!!!!!! Drew and Natalia it will be ready . Im putting one of Gardiner’s old bucking chutes at one end so I can practice my bronc riding . Its my goal to ride in the local rodeo for 15 more seasons . It so damn fun planning and keeping alive what my good friend and one of the toughest men I know Dave Poncin and I started ! Thanks Dave you are one of a kind and Im proud to call you my friend! The things we did that must remain a secret until we die eh? Thanks. 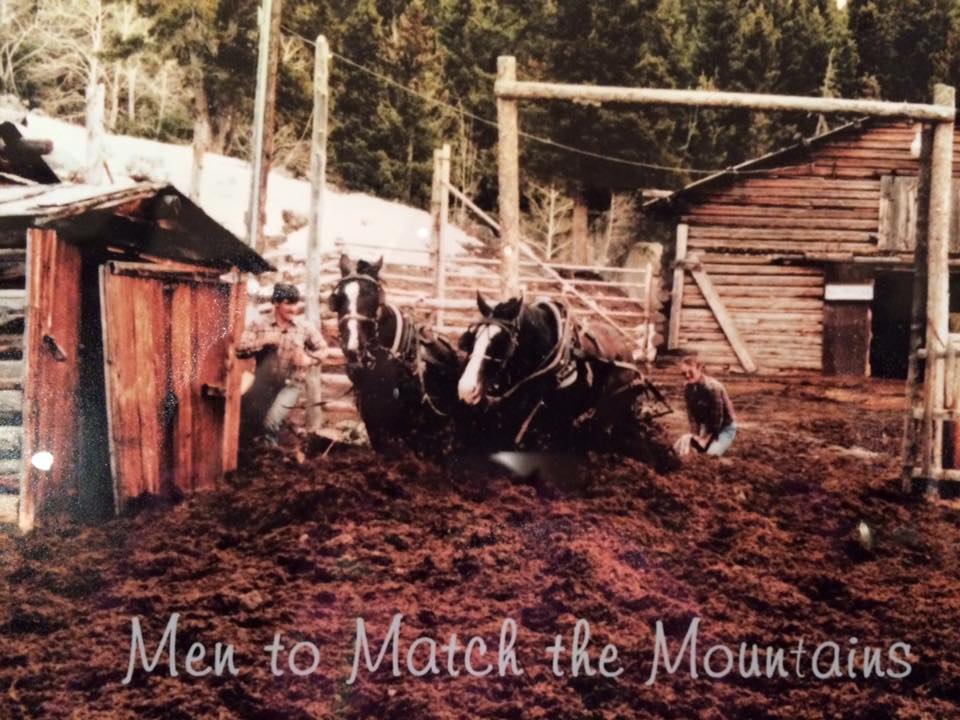