This is a picture of me and a neighbor. I’m on decker flats driving Bill and Banjo. What a wonderful, gentle, honest, team. I used Bill to break many young up and coming work horses. We are in buffalo robe coats.

I was working with Sharps rifles from Big Timber Montana. We had harvested a buffalo and the rest was for their ads. It helped our business some. I rode by that spot three or four days ago and thought about it . Then as I’m prone to do, my mind started drifting to horse names and how many Banjos and Bills since then. But I thought about three Pancakes.

The first one was an old palomino gelding I bought from Gary Fales in Cody Wyoming . He had ten brands on him including his bucking horse number. F24! Old Pancake was sleeping in the corral at camp. We were in between hunters and a few of us were visiting looking at a handful of horses mules! When the morning sun hit old Pancake and he warmed up he squealed jumped and crow hopped around the corral. Then he woke up and whinnied. I’m sure he was dreaming of his rodeo days. This always touched my heart.

Another one was born on the place I grew up and I bought from Kathryn. He was a big old gentle horse I broke. I used to lease him to Tom Venable for years. It was the first horse Jamie Bell rode when he came over here. Big palomino and so slow sometimes you would need to put a stick up to see if he was moving. I sold him for $4500 to the Phillip Morris ranch near Clyde Park. The most money I’d ever sold a horse for at that point in my life.

The last one was a Canadian colt. I bought him from Levi Britton as a yearling. When I got him home we turned them out to feed. He ran over with the others to the haystack. After we fed we ran them all back into the corral. There were 39 not 40 like I’d bought. We went looking but couldn’t see him. We saw a lone hay bale move a little bit. These big bales I used to buy weighed 1500 lbs. We went to investigate and he was under it breathing his last. We got the tractor and moved it. He was alive but barely and “flatter than a Pancake” hence his name. He went on to become a good stout horse for the Silver Tip Ranch. Palomino and white colored he was.

Just a little reading I thought you might enjoy . 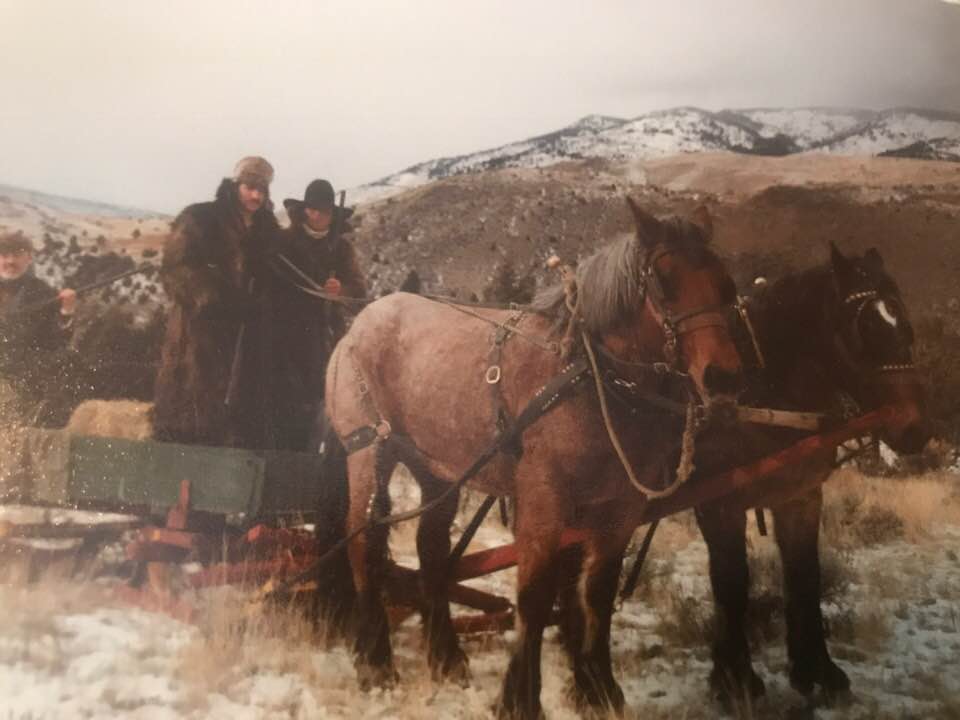